Liv is getting a new love interest on iZombie, and we’ve got some very good news for the mystery man: “We will simply not kill off another boyfriend,” executive producer Rob Thomas tells TVLine. (RIP, Lowell and Drake.)

“I’m not going to say that they live happily ever after, but we’re not going to use his death as a means of ending that [relationship],” the EP adds.

In Season 3 (premiering Tuesday at 9/8c on The CW), “there are many more zombies for her to choose from,” Thomas says. “She meets an entire army of zombie dudes. So suddenly, there are more fish in the sea.”

Below, Thomas and the cast preview Peyton’s own complicated love life, Major’s big quest and the new season’s amusing variety of brains.

ZOMBIES VS. HUMANS | Vivian’s season-ending question — “So, are you with us or against us?” — came off “more aggressive” than intended, Thomas notes. However, the concerns that the Fillmore Graves CEO raises for Liv are legitimate: “‘When Discovery Day comes, are you going to trust humanity to treat us right? Do you think they will simply let us exist? Or do you believe we’ll be rounded up and, at best, put into a camp, [or] at worst, annihilated?’ Much of Season 3 is asking that question from a lot of different angles,” Thomas shares. 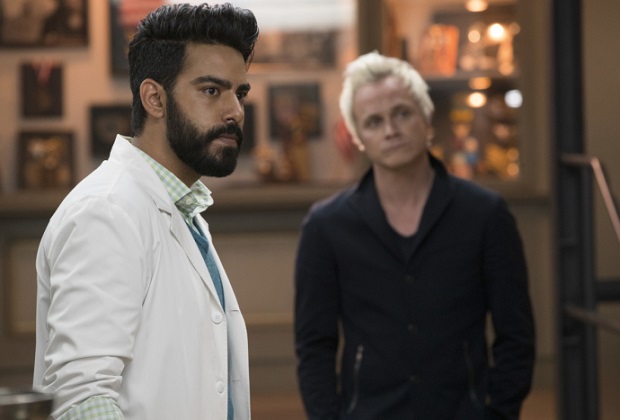 BETWEEN A RAVI AND A BLAINE | The Peyton/Ravi/Blaine romantic quagmire was “not a [love] triangle we imagined at the beginning” of the series, Thomas admits, but the upcoming episodes go “down that well a bit.” Adds Aly Michalka: “For a while, you’re going to see her drift towards Blaine, I think, out of the awkwardness of trying to have a friendship still with Ravi.”

MAJOR PROBLEMS | Rest assured, Major hasn’t forgotten about his promise to unfreeze zombie call girl Natalie, who has gone missing. “That’s a storyline from last year I loved,” Robert Buckley says. “It is something that does come back this year. A big part of Major’s quest is [figuring out] what the hell happened to her.”

DETECTIVE KNOWS IT ALL | Now that Clive is on Team Z, with absolutely no secrets between him and Liv, “this is the first time in two seasons that [the partners have] been on the same page,” Malcolm Goodwin points out. “So it definitely brings them closer together.” 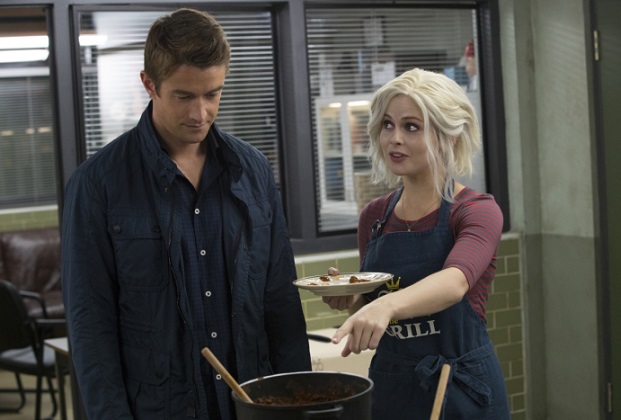 EAT UP | On the brains menu for Liv in Season 3, per Rose McIver: a father, with Major consuming the noggin of the victim’s 16-year-old daughter (“It’s the part Robert Buckley was born to play,” the actress jokes); a dominatrix (“Poor Malcolm [Goodwin] and Rahul [Kohli]. Clive and Ravi definitely sort of bear the brunt of that”); and a Dungeons & Dragons dungeon master (“Like learning a foreign language for me”). But McIver’s favorite is a hot mess, who “can’t remember where she’s left anything, hasn’t got anything together,” in the vein of Amy Schumer’s Trainwreck character, the actress shares. “I didn’t expect that to be as easy to play as it was. It’s been a confronting season.”

iZombie fans, what are you most looking forward to seeing in Season 3?