Executive producer Matt Olmstead will exit as showrunner of the NBC drama after the current fourth season, our sister site Deadline reports.

A replacement for Olmstead has not been named yet. 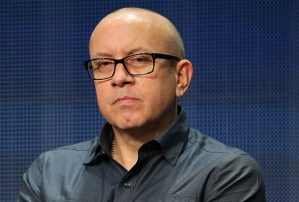 Olmstead joined the #OneChicago franchise after Chicago Fire‘s pilot as EP/showrunner, a position now filled by co-creators Derek Haas and Michael Brandt. Olmstead also has co-creator/EP credits on the spinoffs Chicago Med (now in Season 2) and Chicago Justice, which premiered earlier this month. Prior to his involvement in the Chicago world, Olmstead co-created A&E’s Breakout Kings and worked on Prison Break, Lie to Me and NYPD Blue.

P.D., along with the other Chicago dramas, has yet to be renewed, but is considered “a sure thing” to come back next season, according to TVLine’s Renewal Scorecard.