CBS has traveled all the way to Mars to find what only turns out to be a potential male lead for its workplace comedy pilot from How I Met Your Mother creators Craig Thomas and Carter Bays.

Veronica Mars alum Ryan Hansen has been cast opposite Rebecca Rittenhouse (The Mindy Project) in Real Life, though he is only attached to guest-star, seeing as the sitcom is mulling a shift in focus should it be ordered to series.

Written by Hilary Winston (Community) and directed by Pam Fryman (HIMYM), the project is said to chronicle the relationship of Drew and Nora, two twentysomethings who go from being co-workers on opposite coasts to working in the same office. As reported 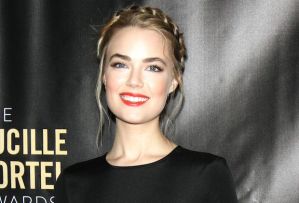 by our sister site Deadline, Rittenhouse (whose credits also include Red Band Society and Blood & Oil) is seen as a potential breakout star, so the Powers That Be are contemplating taking the show in a different direction, with the focus shifting exclusively to Nora and her dating life.

The pilot, however, will be shot as initially conceived, with Hansen eyed as a potential recurring guest star should the producers ultimately decide to change course.

Hansen, best known to audiences for his role as Mars‘ Dick Casablancas, has recurred on CBS’ 2 Broke Girls (where Candy Andy next pops up on Monday, April 10).