The TV season at hand may not end in earnest until next month, but the most robust April on record draws nigh, featuring the return and debut of numerous prestige cable/streaming series, plus much, much more.

Brooklyn Nine-Nine, S.H.I.E.L.D. and Gotham, for example, are due to return from long breaks, while fans of Fargo, The Leftovers and iZombie can finally look set their DVR for new episodes. There are hellos ahead, as American Gods come to life and The Handmaid’s Tale unspools, as well as some goodbyes, as FEUD, 24: Legacy and The Magicians wrap their seasons while Bates Motel shutters for good.

Here is our handy-dandy calendar or April premieres, returns, finales and specials, with series debuts noted in bold. Click to zoom and save the dates! 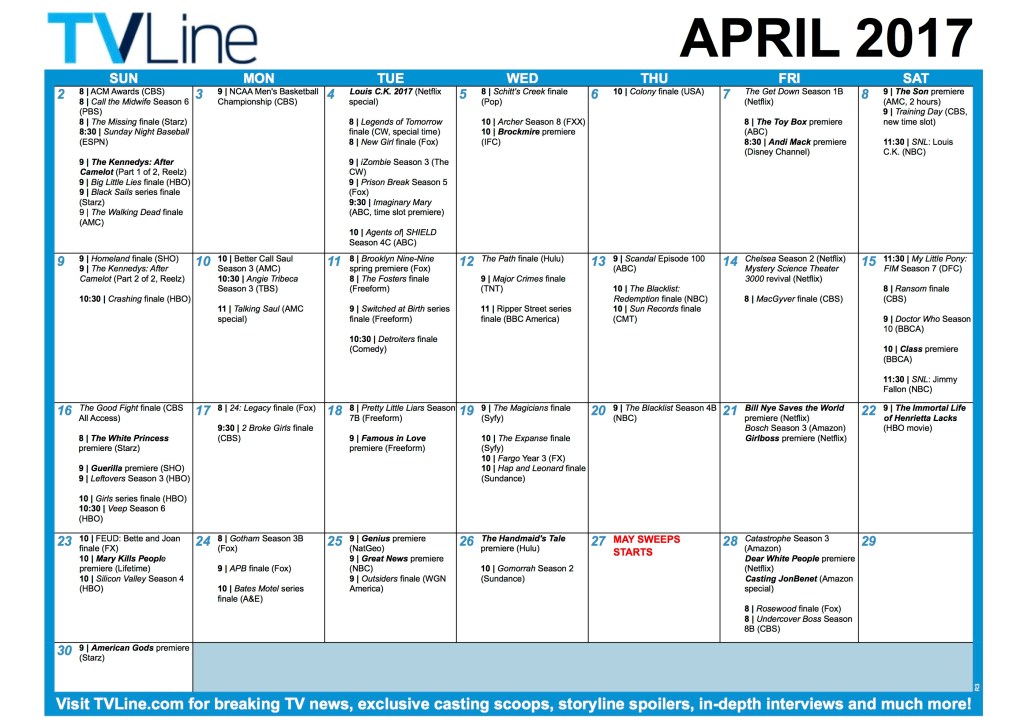 Preemptive P.S. My calendar-making skills have never been infallible — it’s more of a hobby, really —  so if you spot something that is (theoretically) missing, drop a polite note in Comments and I might include it in an update.