The Flash isn’t the only show staging a musical this week. Syfy’s The Magicians also puts a little song into its plot during Wednesday’s episode (airing at 9/8c) when Eliot belts out one of Les Misérables‘ most iconic numbers.

As Fillory’s king prepares for battle, his friend Margo encourages him to find the confidence to face what’s ahead via a somewhat unconventional method: singing.

“It really felt like there was a moment in the script that needed to take Eliot from being terrified to being willing to fight for his kingdom,” executive producer John McNamara describes. “If you’ve ever sung in a big group, it kind of fills you with courage you didn’t know you had.”

For Eliot, the battle cry-like performance of “One Day More” represents the leader “somewhat reluctantly, but ultimately truly stepping up to the plate of his responsibility and truly finding this part of him that is heroic,” star Hale Appleman previews. “While he would never want to label himself as a traditional hero, I think there’s a part of him that is. He has it within himself to not only rise to the occasion, but to lead… This is a moment where he acknowledges his own strength and his own latent heroism.” 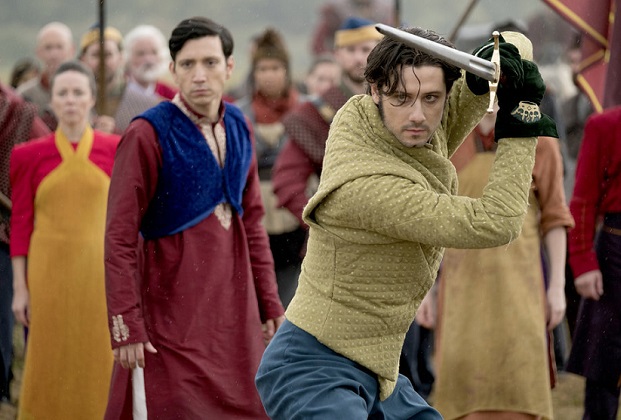 Appleman also had to rise to the occasion, having only learned of the musical number a week and a half in advance. The actor once played Javert in a production of Les Miz, but that was in high school, so “it was a real blast from the past for me to try to get my s—t together,” Appleman shares with a laugh. “But I had a lot of fun. And I had been dreaming of sword fighting on the show, or on any show, since I was a kid. So it was a huge life dream to get to do that. I hope I get to swashbuckle in future episodes. It would be my greatest delight.”

While it was the producers’ top song pick, the inclusion of “One Day More” in the hour wasn’t always a given. “We were racing to get the rights, and the people who own the rights are not all in the country,” EP Sera Gamble recalls. “It was pretty much down to the last couple of days, and John had generated a backup list.” 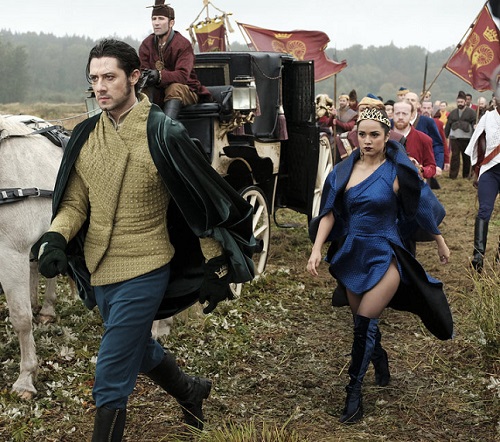 Ultimately, the producers secured the tune, which compliments the show best because “it’s about power, sacrifice [and] a love triangle, which seemed to fit Fen, Eliot and Margo nicely,” McNamara notes. “And it’s a good song. It’s a really good group song, which is very rare.” (Yes, Eliot’s bride and his BFF also partake in the production, with Brittany Curran proving to be quite a singer. “I think she surprised herself. She was not sure she could sing,” McNamara says.)

And since this is The Magicians, a show in which centaurs exist, characters breaking into song as they head into war is “actually not even the craziest thing in the episode,” Gamble reveals.