Switched at Birth is resurrecting a beloved family member… sort of.

Tuesday’s milestone 100th installment (Freeform, 9/8c) is “quite an emotional episode about Angelo coming back through” Ally (MacGyver‘s Tristin Mays), the girl who received his heart via transplant, executive producer Lizzy Weiss previews. As Bay and Daphne try to wrap their heads around their newfound connection to their deceased father (played by Gilles Marini), “they start seeing him and talking about him more than they ever have.”

The hour also features a development in the “Travis/Emmett/Bay triangle story” and “an interfaith marriage” plot.

“Toby and Kathryn want to baptize Carlton, and Lily doesn’t,” Weiss shares. “With an episode about someone who’s passed away coming back, it felt like a little bit of a religious episode in a way. The parents have a conversation about, ‘Do you believe in the afterlife? Do you believe in heaven? What do you think happens?'”

Below, Weiss teases a “powerful” ending and reveals why Daphne and Bay are fighting. Plus: Watch a sneak peek of Daphne’s emotional “reunion” with Angelo. 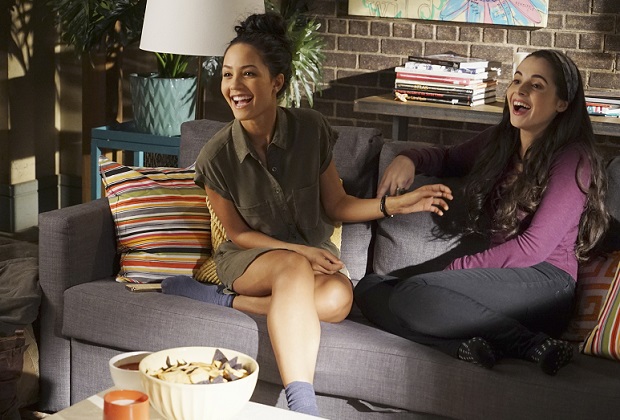 TVLINE | What was the concept for this episode, and what did you want to accomplish in the 100th?
We always wanted to do an organ-donor story and bring back Angelo in that way. So for our 100th, it just seemed like the perfect time to honor the fourth parent of our family and make the family whole again. Everyone loves Gilles, and he was so excited to be back. It felt really just, like, warm and cozy again. And we just wanted [Ally to be], theoretically, a peer of Bay and Daphne, who would feel like the third sister in some ways, to really bring the specter of [Angelo] back in a grounded way. It’s not magic like our Christmas episode. He’s not back in reality, but there are visions of him from Bay, Daphne and Regina. It’s really, really, really touching.

TVLINE | Is it really sad?
There are a couple really heartbreaking scenes for anyone who’s ever lost a parent or a spouse [like] Regina. I can just imagine feeling them so present that you could see them and talk to them one last time. For people who’ve had a loss like that, it will be, yes, quite emotional.

TVLINE | Are the Angelo scenes dreams, fantasy scenarios or real memories?
Each time, it’s different… I think he appears three times. We actually, frankly, really decided to not have him appear the entire episode. We really wanted it to feel powerful and special every time you see him, so it has a lot of impact. There’s talk of him.

The writer of the episode, Linda Gase, did a lot of research, and she discovered something really cool called cellular memory. A lot of donor recipients feel this personal tie with their donor, and they start reporting, “I never drank beer before, and now I love beer, and it must be because I got it from a young man who loves beer.” There are all these really interesting conversations about, Is there a science to that, is there a biology of getting the DNA from these cells? Or is it what you might imagine, that you’re drawing connections and trying to create a parallel to this person who let you live, and you’re finding reasons to find a connection? We thought that was really interesting. We get into that.

Press PLAY to watch Daphne’s remembrance of Angelo, then scroll down to keep reading. 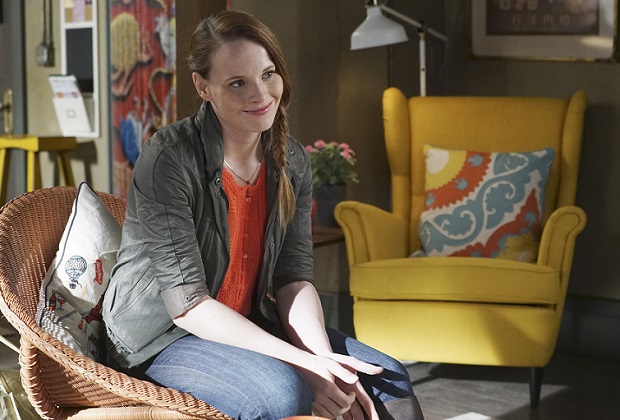 TVLINE | What are Ally’s intentions with this family? Does she want to be a part of it?
We really wanted to complicate that. Everything she says is not exactly on the up-and-up, but it’s not going to undermine the entire episode, either. We wanted to drive a wedge between [Daphne and Bay]. One of our girls has this instant connection to her and feels close to Angelo again by being around her, which would make sense, because they talk about Angelo in a positive way, and she wants to know more about him. Ally’s asking, “Did he like this? Did he like that?” And then the other girl feels like, “Hold on.” Regina’s very hesitant about knowing anything about the people who got Angelo’s organs. She just wants to shut down, emotionally, anything that has to do with that time because it’s so painful. One of the girls is protective of their mom and is saying, “Let’s tread with care. We don’t know this girl. We don’t know her intentions. We can’t just barrel her into our lives and make her part of the family.” There’s a fight between the girls about how to proceed with Ally.

TVLINE | When Angelo died, Daphne didn’t handle it very well. How is she coping with this new development?
She gets reminded of that in a really interesting way, that she didn’t handle the grief really well. People forgave her for that. So it’s a little bit of an episode about forgiveness, as well. The ending is pretty powerful.