The buzz surrounding this week’s Bates Motel was squarely focused on Rihanna’s much anticipated introduction as ill-fated Psycho icon Marion Crane, but it was a shocking revelation about Norman — or should we say “Norma”? — that will likely set tongues wagging. (We suspect Marion’s big episode comes next week.)

Midway through Monday’s installment, it was revealed that Norman has been for years not only frequenting a local dive bar as Norma, but having sex with its male patrons. It represented a major departure from the series’ Psycho source material, which (not surprisingly given the era) sidestepped Norman’s sexuality.

Below, exec producers Kerry Ehrin and Carlton Cuse reveal why they went all-in on Norman/Norma’s complicated libido. The pair also open up about the “pressure” they faced to “minimize” Rihanna’s arc as Marion, and how that strain led them to employ a body double in at least one scene (did you catch it?!). 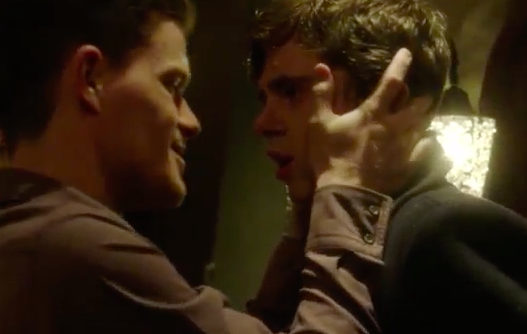 TVLINE | How did you arrive at the decision to reveal this aspect of Norman’s sexuality?
KERRY EHRIN | We’ve always been driven by character. It really came from getting inside the head of Mother, who at the end of [last week’s episode] was basically broken up with by her son. Norman says, “This isn’t really working for me” in so many words. She’s devoted everything to this guy and she’s pissed. So she’s like, “F–k this. I’m going to go out and throw back a few.” And, you know, the guy [at the bar] was cute. She’s attracted to him, and they end up in a car… It came from a really human place. Clearly, Norman’s sexuality is all over the place. It’s not super defined. It made sense to us that this would’ve happened with him — many times, probably.

TVLINE | How long has he been having sex with other men?
CARLTON CUSE | We don’t define it. But we suggest that this is kind of what’s been happening in the couple of years that have passed since Norma has died.

TVLINE | Is the White Horse Bar a gay bar?
EHRIN | It was very intentionally built to have an edgy vibe but not a scary vibe. There’s a sense that everybody is pretty cool there and that anything goes and that people all kind of knew each other. There are probably all kinds of different things happening in that bar [Laughs]. It an open minded bar, let’s put it that way.

TVLINE | Switching gears to the episode’s other big event, the arrival of Marion Crane. I’m curious, did you instruct Rihanna to watch Psycho as preparation?
EHRIN | We did not instruct her to.
CUSE | We talked to her before she signed on about how we were going to make the character different than Janet Leigh’s [portrayal]. And she embraced that. And that’s part of the reason she signed on.
EHRIN | She was clearly a fan of the film, though. I’m sure she had watched it before we even spoke to her. 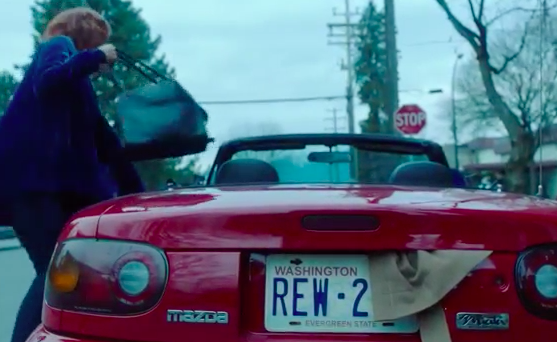 TVLINE | Did you use a body double in the scene where she throws the suitcase of money in the trunk of her car and then drives off? We never saw her face…
CUSE | Yes. We were very ambitious. Imagine Rihanna stepping out of her concert tour to come and shoot two episodes of our show. A lot of people put a lot of pressure on Kerry and me to minimize her story. But we decided that if she was going to be on the show we wanted to give her a real part. But we were fighting with how much work we could get done with her. And she showed up and she worked like a dog for a week.
EHRIN | Thirty-three pages in five days.
CUSE | She was unbelievable and so committed. But there were certain shots and a couple of little pieces that we couldn’t physically schedule with her.