Talk about culture shock. Shortly after reprising her role as Rory in Netflix’s (mostly) light and breezy Gilmore Girls: A Year in the Life, Alexis Bledel segued to the dark and twisted terrain of The Handmaid’s Tale, Hulu’s forthcoming adaptation of Margaret Atwood punishing novel about female oppression and sexual servitude. And while the actress acknowledges the projects’ starkly divergent themes — “Stars Hollow is almost like a utopia, and then we come to this dystopia” via Gilead — she also points out they share some critical common ground. 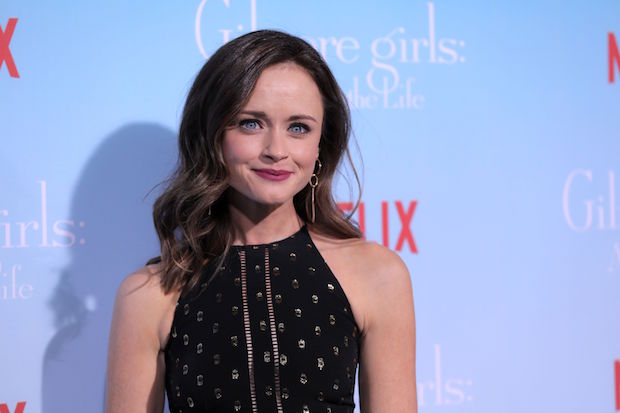 “They’re both very distinctly their own worlds,” Bledel tells TVLine. “They are complete in their design, full of detail and very rich. They’re satisfying places to work… I’m spoiled that I get to have [Stars Hollow and now Gilead] as backdrops, because you don’t always have all of that to work with.”

In Handmaid’s Tale, which premieres April 26 and also stars Mad Men‘s Elisabeth Moss and Chuck‘s Yvonne Strahovski, Bledel plays the recurring role of Ofglen, a fellow Handmaid of Moss’ Offred. At first, Ofglen seems like a pious rule-follower, loyal to the oppressive Gilead system, but she turns out to be daring and subversive.

“Ofglen wants to create change,” Bledel explains of her character, who we quickly learn is also a lesbian. “She wants to right a lot of the wrongs that are happening around her to people she knows. She’s getting these tidbits of information from different sources that she seeks out, and it’s a lot of depressing news all the time. And it lights a fire in her and makes her want to fight back… She’s been through a lot and she’s mad. And she’s determined to do something about it.”

Although Bledel says she’s been “blown away by the ambition” of the 10-episode series and is relishing “the opportunity to play a character with such emotional depth,” she concedes the heavy material can take a toll. “Some days it was [hard],” she notes. “Some days it was cathartic. But it was more about focusing my energy and just going there.” (With reporting by Matt Mitovich)