Going into the final Blind Auditions of The Voice Season 12 on Tuesday, Alicia Keys — with a team that includes Felicia Temple, Lilli Passero, Anatalia Villaranda and the competition’s youngest singer, Quizz Swanigan — was looking like she might be the one to beat this time around. Did any of the vocalists recruited in this last hour tip the scales (and arpeggios) in favor of Blake Shelton, Gwen Stefani or Adam Levine? Or was the show too busy letting mentors John Legend and Celine Dion pimp Beauty and the Beast to focus on any real contenders? Read on for my reviews of the performances, then we’ll discuss in the comments.

Vanessa Ferguson (Team Alicia), “Don’t Let Me Down” — Grade: A- | After making at least me LOL with her dry humor in her intro — and beyond (she “fired” Adam for not turning around for her) — this classically-trained singer wowed with her brick-solid rendition of the Chainsmokers hit. Her voice never faltered, and neither did the appealing confidence that seems destined to take her far in the competition. 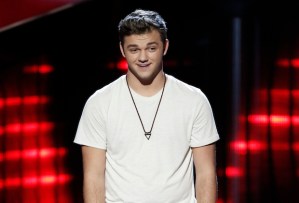 Dawson Coyle (Team Blake), “Happiness” — Grade: B+ | This home-schooled 17-year-old, who lost all of his musical equipment in a house fire, not only rocked the tricky melodic rhythm of the Need to Breathe hit, he somehow managed to (sorta) pull off an all-white outfit without looking like he was daring fate to spill spaghetti sauce on him.

Jozy Bernadette (Team Gwen), “American Woman” — Grade: B- | The daughter of NBA player Glenn Hansen scored a place on Gwen’s team with her rendition of the Lenny Kravitz classic… but not necessarily in a way that would make you remember her two weeks from now. There’s work to be done there, and not necessarily enough time to do it.

Sheena Brook (Team Adam), “Baby Girl” — Grade: B | “Wow, wow, wow, wow,” Adam exclaimed after hearing the married lesbian from Florida tear through the Sugarland hit. But, as solid as her performance was, it was really probably only, say, three-and-a-half-wows good. 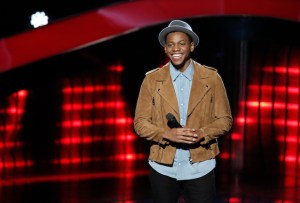 Chris Blue (Team Alicia), “The Tracks of My Tears” — Grade: B | The last in a long line of sibs, this total charmer, who nearly lost his fiancée to cancer, appeared to be trying a little too hard for my taste. On the other hand, his is an audition I won’t soon forget. And his voice seemed to be so versatile, he could sing just about anything.

So, what did you think of the last singers chosen? Who was your favorite Tuesday? Rank ’em below from least- to most-impressive, and, if you’re feeling teacherly, add a letter grade.