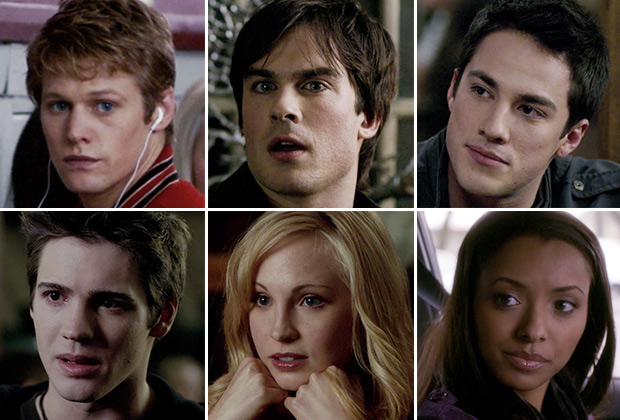 Between her appearances on TVD and The Originals, Dobrev has assumed four (very) different roles, ranging from Tatia — the ancient, exotic village lady trapped in a hopeless triangle with two brothers — to Elena, a human-turned-vampire-turned-human… also trapped in a hopeless love triangle with two brothers. (OK, I guess some aspects of her characters remained consistent.)

In celebration/denial of the show’s upcoming series finale — airing Friday at 9/8c on The CW — we’re playing favorites, ranking Dobrev’s doppelgängers from Amara to best:

4. AMARA | It might seem a little unfair dumping Amara in the No. 4 slot, considering our time with her was so limited — and when we did see her, she was either screaming, back-stabbing or begging for her life — but I’m sticking by it. Did Qetsiyah go a little too far by faking Amara’s death, then anchoring her immortal body to the Other Side, forcing her to experience literally every death for the next 2,000 years? Of course she did… but not enough to bump Amara up to No. 3. (Sorry, girl. Thanks for giving us all the doppelgängers, though!)

3. TATIA | You want to talk about building hype for a character? Try hinting at her existence in Season 2 of The Vampire Diaries (2011), then waiting until Season 2 of The Originals (2014) to finally introduce her. By the time we met Tatia, she was dripping with rich, familiar history. A cautionary tale for all undead brothers, Klaus and Elijah’s love for Tatia — whose blood was used in the spell that turned them into vampires — is what led to their initial estrangement. (Too bad they can’t blame her on all of their subsequent estrangements.)

2. ELENA | Elena might be the most basic person on this list — if she had an Instagram, it would be all inspirational quotes and hot dog legs — but she’s also the most invaluable. Despite Stefan taking ownership of the story in the pilot, it was through Elena’s eyes that we entered this crazy world of vampires, witches, werewolves and, of course, doppelgängers. She also got to live out every viewer’s fantasies, first by bagging both Stefan and Damon (and Matt), then by getting to see what life would be like as a vampire… before quickly curing herself and returning to normal. Like Hannah Montana before her, Elena got to experience the best of both worlds. If you hate her, it’s only ’cause you ain’t her.

1. KATHERINE | Seriously, who else did you think I’d put on top of this list? Like the world’s sexiest cockroach, Katherine Pierce has proven herself to be equal parts devious and indestructible. When Klaus planned to sacrifice her in the 15th century, she had Rose turn her into a vampire; when she was turned back into a human and her body began deteriorating, she had her spirit secretly transferred into Elena; and when she was finally defeated and sent to hell, she took over as its damn queen. Frankly, I’m curious to see how she’s dealt with in Friday’s series finale — because you know she’s not going (back) down without a fight.

Does our ranking match yours? Vote for your favorite doppelgänger below, then drop a comment with your thoughts.