CBS’ globe-trotting Criminal Minds: Beyond Borders opens Season 2 this Wednesday at 10/9c, and its itinerary this time around includes stops in Tanzania, Italy, Colombia and a snowy Nepal.

The threats, though, aren’t limited to sinister UnSubs (and maybe just maybe the Yeti). Rather, Jack Garrett (played by Gary Sinise) and the International Response Team might have cause to look over their shoulder right there in the FBI.

Showrunner Erica Messer shared with TVLine a look at the Season 2 plan.

TVLINE | What sort of lessons were learned coming out of Season 1 going into Season 2? What did you find yourself leaning into, or dialing down?
Season 2 is a bit like what our back 9 would have been, if we had had a full 22 [episodes for Season 1], so I think we’ve earned the right to have our audience understand who our heroes are a bit more. Specifically with Jack, we go home with him a lot more this season, and we even introduce his son Ryan, played by Matt Cohen (General Hospital, Supernatural). Ryan is new to the FBI and he’s following in his dad’s footsteps, and that can be a little hard because Jack Garrett casts a big shadow. So we’re playing the family drama within that. Having an actual family member who’s in the field with us a little reveals a different side of Jack, as a literal father figure.

TVLINE | That was one of my questions: Will Matt Cohen recur in the same capacity as Sherry Stringfield (as Jack’s wife Karen), or is this a different thing where he’ll actually get into the A-stories?
We introduce him with Sherry and the other kids, in the first episode, to show Jack as this family man who goes to church and all that good stuff. By the seventh episode, that introduction of Ryan that seemed like, “Oh, this is just background for Jack’s life” becomes a part of the story. And by the time we hit the end of the season, he becomes a major part of the story. It’s taking the idea of his family and really integrating it with his work, in a way that we hadn’t done before, but in a way that plenty of shows had done. Criminal Minds hadn’t played this thing of, “There’s a team member who has another family member within the Bureau,” so it was nice to do something that we hadn’t been done.

TVLINE | Usually Criminal Minds family members are there just to get tortured or killed!
Exactly! Get them married so they can die. Whaaat? [Laughs] 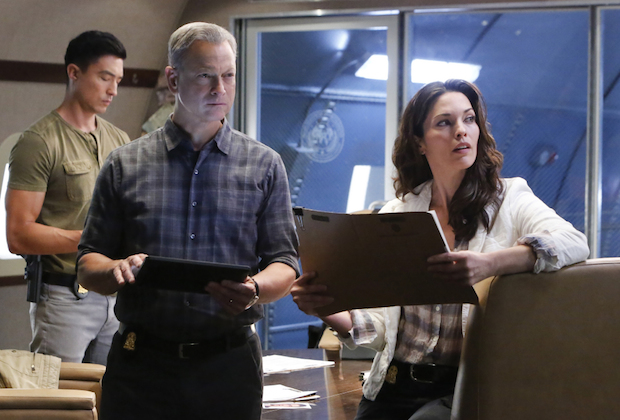 other characters will we get personal insight into?
Clara (Alana de la Garza) is deciding that it’s time to open herself up to dating again. Last season was really about getting “back in the saddle” in terms of work, and she’s taken her time off to bereave the death of her husband. Now she’s ready to open herself up to [dating]. It’s just baby steps, of course, but there’s a nice episode where she meets somebody (played by Agents of S.H.I.E.L.D.‘s Simon Kassianides) that maybe if they both didn’t travel the world so much they could actually be together — and that might be something we could explore in future stories. It feels rich and lovely to see her smile in that kind of way.

TVLINE | What places is the team headed to this season?
We are all over the place. We start the season in Tanzania, and we’re going to Italy, and Colombia, and Bangladesh…. Daniel Henney (who plays Matt) will have a nice story when we get to South Korea, which is partly inspired by Daniel’s own life. His [Korean] mother was given up for adoption and raised by an American family, and we’re sort of taking that story and putting it onto Daniel’s character, about his mother. That’s a nice way to touch on one of our heroes without him being in jeopardy. And then Monty (Tyler James Williams) goes in the field with us this year, which is a lot of fun.

TVLINE | Is he terrified?
Of course he’s terrified! He’s not a good flier. [Laughs] It’s especially fun because we go to Nepal and the locals are believing this wasn’t just a murder that happened but that possibly the Yeti was involved, so you get to hear a bit of Monty’s conspiracy theories.

TVLINE | What’s the most ambitious or trickiest locale you’ve given yourself to fake this go-round?
My answer might be different from our production designer’s, but Nepal, production-wise, just seemed nuts. We had to go out into the woods — Nothing You Could Fake in Griffith Park woods — and make snow. We were done with our season in early December, so it wasn’t as cold as January and February had been in Los Angeles, but we were still in a high enough altitude that the snow that we made stuck around. Watching that episode, I felt like, “Wow, we had to do a whole heckuva lot.” We were outside a lot, it had to look like we were freezing…. But Tanzania was no joke, either. We were out in Piru for days and days and days, with a train station and 23 missing Americans walking around in the hot, hot heat of that….. That was, production value-wise, a huge undertaking. When we get off that plane, it has to look like we’re in that country. If we don’t grab you from the first frame of it, then your’e not going to be along for the rest of the ride.

TVLINE | Tell me about one of the season’s most haunting, creepy episodes.
I think the Italian episode that airs second is pretty cringe-worthy. It’s almost like the Italian take on the Zodiac, but even worse in a way because what he’s doing… you don’t see much of it, thankfully, but there are a lot of great jump scares there. And for the team, the most horrifying episode would be what ended up being our bottle episode, where the IRT is under investigation for something that wen awry when they were on their last case. The team is under fire, literally, in big trouble with the FBI. It’s one of those stories that you couldn’t tell in the first season because people don’t care enough about the team or the characters yet, but you could certainly tell it in a Season 2. That’s one of my favorites of the year.

Want more scoop on Beyond Borders, or for any other show? Email InsideLine@tvline.com and your question may be answered via Matt’s Inside Line.