You can’t change the channel these days without stumbling upon a time-travel show. The newest one to join the craze: ABC’s cat-and-mouse thriller Time After Time, an adaptation of the 1979 movie of the same name, which itself was based on Karl Alexander’s novel.

Like many a Kevin Williamson-produced drama, Sunday’s two-hour series premiere opens with a murder. This one takes place in 1893 and is the handiwork of the dashing and psychopathic Dr. John Stevenson aka Jack the Ripper (played by Revenge‘s Josh Bowman). Using a time machine created by his friend H.G. Wells (UnREAL‘s Freddie Stroma) — who will go on to write the iconic novels The Time Machine, The Invisible Man and The Island of Dr. Moreau — John is transported to modern-day New York City, where his kind of violence is par for the course. While John is delighted, Wells — who travels to the present to bring his killer pal home — is disheartened to discover the future utopia he envisioned is actually a dark world. 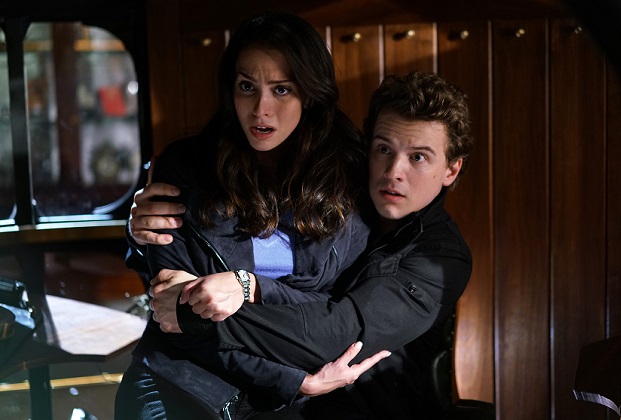 When Wells arrived in the time machine, smack in the middle of a museum exhibit about, well, himself, he immediately finds an ally (and a love interest) in Jane (Entourage‘s Genesis Rodriguez), a sweet assistant curator who not only befriends the crazy stranger claiming to be H.G. Wells, but also invites him into her apartment. (Girl, you’re the one who’s crazy.) He convinces her of his identity by taking her three days into the future, and with that, Jane is fully on board.

As for John, he’s adapting really well to modern times and preying on unsuspecting women at nightclubs. After the doc kills again, Wells confronts him, but can’t go through with pulling the trigger. John wants a key which will let him use the machine to travel anywhere in time, so he kidnaps Jane to force Wells to hand it over. 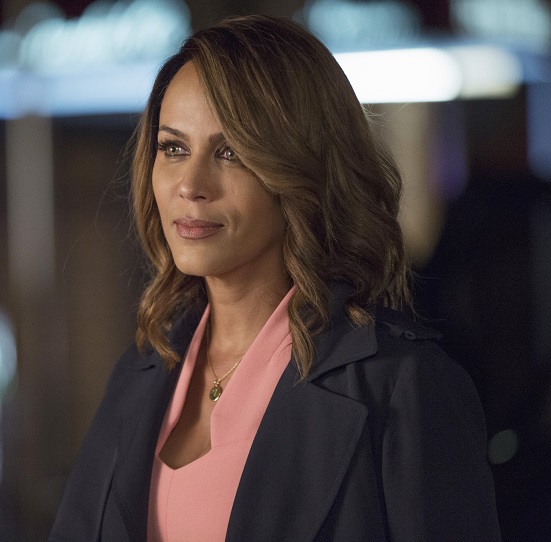 Wells gets another shock when he meets Vanessa (Soul Food‘s Nicole Ari Parker), his great, great granddaughter and a wealthy CEO of a biotech company started by her parents. She reveals that Wells visited her in college and told her of their familial connection. She went on to track down and restore the time machine. When one of her security guards, rightfully, wonders why going back in time and stopping the Ripper that way isn’t an option, Wells explains that traveling to the same period of time too much could cause a hole in time itself.

Meanwhile, John has taken a second female captive to keep Jane in line, threatening to kill the other woman when Jane attempts an escape. Jane’s next tactic involves playing head games with John by Googling Jack the Ripper. His initial delight at being famous quickly turns to anger when he realizes he never got the credit for the Ripper’s anonymous killings. 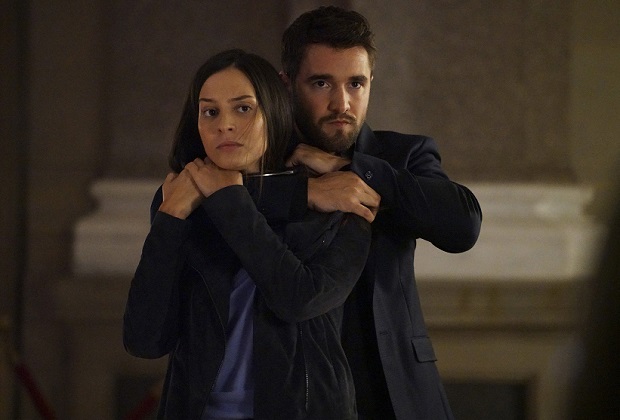 Wells eventually tracks John and Jane to the time machine in the museum, where he trades the key for Jane’s safe return. John attempts to travel, but Wells pulls out the machine’s wiring, trapping him. It appears like the good guys finally have the upper hand when a guard tasers John, but then he dramatically comes to and stabs the man before fleeing once again.

As they settle in at Vanessa’s palatial home, Wells apologizes to Jane for getting her involved in this dangerous adventure. She reassures him that she moved to the city to have a big life (but not one that involves almost getting murdered, I assume?). John has a self-reflective moment, too, as he sits at a bar, wondering if he can change, as Jane suggested. If so, it’s not happening anytime soon, seeing as how he leaves with a pretty woman(/victim?).

Finally, the sketchy guy whom Wells thought was following him on the street earlier in the premiere? He’s got a whole wall full of surveillance photos of Wells and John….

What did you think of Time After Time? Grade it via the poll below, then hit the comments to back up your pick!