E! on Sunday debuted its new series The Arrangement, which chronicles a Hollywood contract marriage — but will you be signing up for the dark, unconventional romantic drama? 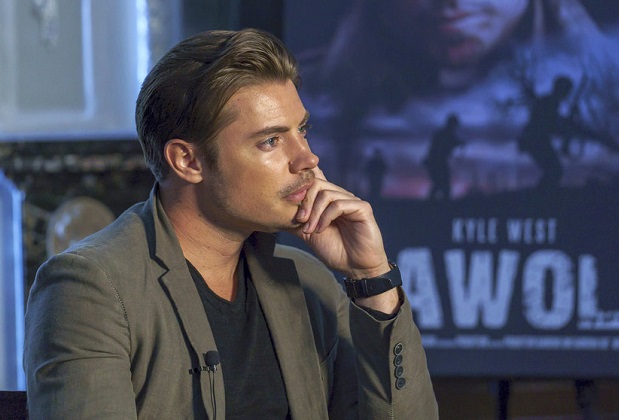 Before you chime in with your thoughts, let’s recap the pilot: Megan Morrison (The Walking Dead‘s Christine Evangelista) is an actress/waitress who has done bit parts on TV shows like Seattle Med and Blood Works — but the unknown thesp has that indescribable “thing.” She nails her audition for a major blockbuster starring Hollywood hunk Kyle West (Dallas‘ Josh Henderson) despite suffering from a my-boyfriend-has-been-cheating-on-me hangover. Kyle is so impressed, in fact, he invites Megan to lunch — and then to an island he’s thinking about purchasing in Mexico, where the two hook up.

Kyle’s friend/mentor Terence (Alias‘ Michael Vartan) is less enthused about Megan. As the head of the self-help organization The Institute for the Higher Mind, he says gibberish like, “We all have our stuff. Right-size it, get present with your narrative.” He’s worried that Megan, an orphan who dropped out of NYU and vanished for four months, could be a “destabilizing” force in Kyle’s life. The actor’s “actions reflect on us,” he notes to his wife Deann (Arrow‘s Lexa Doig). And after what happened with Kyle’s ex-fiancée, who called off their wedding, Terence doesn’t “want to clean up another trainwreck.” But Deann, who is also Kyle’s producing partner, is a fan of “smart” Megan, whom she once met at a NRDC conference. 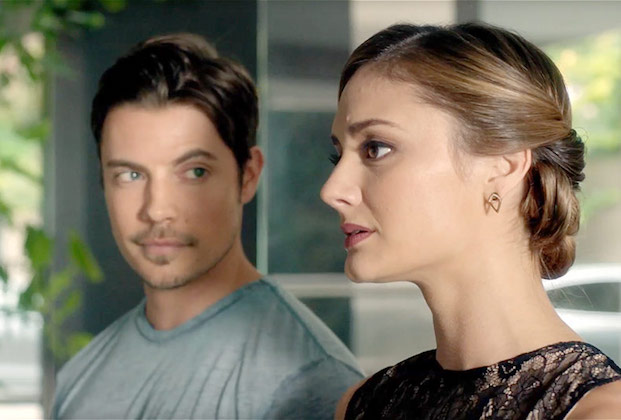 What Terence and Deann think might not even matter because Kyle is so smitten, he offers Megan a contract to be his next wife. She’ll start off as his girlfriend, and then with time, she’ll get $10 million as his spouse. Her agent Leslie (The O.C.‘s Autumn Reeser) says it’ll open doors for her, but Megan thinks it’s a crazy offer — and that Kyle is hiding something. He explains that it’s just about protecting his reputation and brand. If he gets humiliated again, that’s a pattern, and that’s bad for business. Then he invites her to come with him to the Venice Film Festival. You know,  typical second date stuff.

Megan’s lawyer friend Shaun (Carra Patterson) warns that the contract requires her to be the perfect girlfriend, and “we both know you haven’t been perfect,” Shaun adds. Whatever Megan’s hiding, it’s “a landmine.” But it’s a risk Megan’s willing to take because Kyle “gets” her. She signs on the dotted line and heads to a movie premiere with the stud.

Now, back to Terence and Deann. I can’t decide if they’re in a loveless marriage or not, but I do know this: they’re twisted and sneaky. When Kyle’s fling with his “therapist” runs its course and the woman refuses to go quietly, Terence instructs one of his underlings to “get her into the facility quietly.” Deann, meanwhile, is meeting with Annika (Courtney Paige), the woman with whom Megan’s boyfriend had an affair. She tells Annika she’ll see about getting her an agent. (So was Annika a plant to get Megan and her ex to split up?)

What did you think of The Arrangement? Grade it via the poll below, then back up your pick!