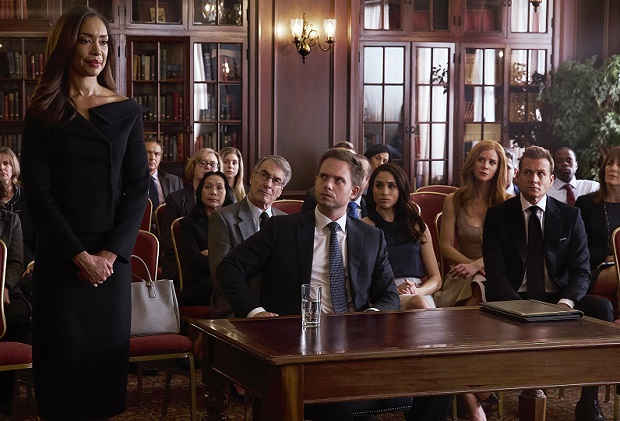 During Wednesday’s Suits season finale, Mike officially became a lawyer when he made it into the bar, thanks to a last-minute save from Jessica. The firm’s former boss lady came back just in time to take the fall for employing a fraud and to put Anita Gibbs in her place.

To celebrate, Harvey gave his pal one heck of a congratulations gift: an offer to join Pearson Specter Litt, which allows him to still do pro bono work. Mike, in turn, told Harvey it was time for him to take on the role of managing partner.

Elsewhere in the hour, Tara and Louis split up, while Donna took a nice buyout offer on her business venture, but found herself unsatisfied and wanting more out of life.

TVLINE | How will Mike getting into the bar alter the show and his view of what he does for a living?
It relieves him of the burden of feeling like he’s a fraud and always waiting for the other shoe to drop of, “Is he going to caught?” Mentally, it’s going to allow him to step out of the shadows and maybe behave with a little more confidence… It’s a relief, to some degree, for the entire cast of characters, that they no longer have this thing hanging over their heads. It allows them now to just worry about what it’s like to be a lawyer in the shark-infested world of New York corporate law.

TVLINE | People in that world knew that he was a fraud. So does the outside world see him as legitimate now, or does the bar accepting him not really matter in their eyes?
Look, he’s going to deal with the fact that people know. But that’s a separate question from, “Can he get caught and go to prison?” It doesn’t mean that he is free forever from the knowledge of his secret, or free from anybody bringing it up. He is still going to have to deal with those questions. But what he doesn’t have to deal with is the worry that he’s going to lose his freedom. … But it is legitimate to wonder: Are people that he goes up against going to bring this up to try to throw doubt on a jury or a judge about his honesty or intentions in a given case?

TVLINE | Will Harvey embrace being managing partner?
That is the question. Mike has sort of thrown down the gauntlet: “Time for you to take the reins.” Harvey’s certainly going to attempt to do that. And really, in bringing Mike back and making this deal – one for you, one for me – in some sense, it’s his first unilateral move. He didn’t ask Louis if he can do that. He might not have fully thought it through, because, as we’ve shown in the past, pro bono cases often end up being at odds with your corporate clients’ interest, and that’s going to come to the fore… People’s reactions to Harvey taking those reins and emerging from Jessica’s shadow is all going to play into Season 7. 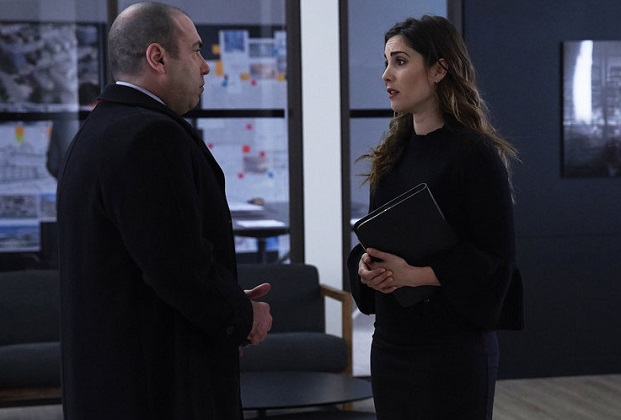 TVLINE | What made now the right time to bring Jessica back for a surprise appearance?
We talked about bringing her back a little earlier in the back six [episodes], but once the idea was landed on to have her be the one to swoop in and rescue Mike and everyone in the end… The writers pitched that to me. I just loved it. I just was like, “She’s our hero. Let her come back.” When Jessica enters, and then you cut to and see Rachel smiling that Jessica is maybe there to save the day, I just loved it so much. Once the writers came up with it, I was like, “This is the right time to bring her back. This is terrific, and let’s do it.” 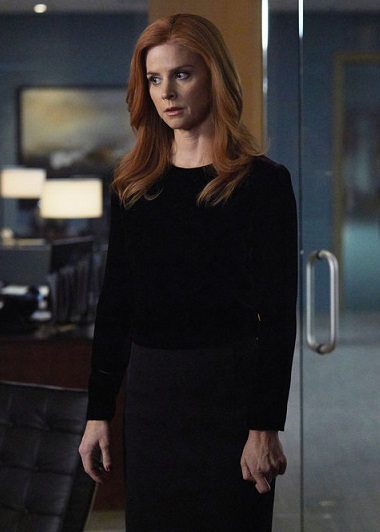 TVLINE | I spoke to Sarah Rafferty recently about whether Donna’s business venture was about her wanting to leave the firm to try something different. Now you have her saying in the finale that she wants more. Is she unhappy with her job?
I would not phrase it as she’s unhappy with her job. … You could say [The Donna] was incredibly successful, like, “Donna, you and Benjamin, in very short order, came up with this product, almost brought it to market, instead got bought out and made yourselves a lot of money.” But it wasn’t about the money for her. It was about something to show, “I can do more than just be a legal secretary.” But it wasn’t that she’s tired of it. It’s more like she’s evolving… But there’s no doubt that this incident stirred something in her, and the genie isn’t going back in the bottle.

Suits fans, what did you think of the season finale? Grade it via the poll below, then hit the comments to back up your pick!