Warning: The following contains spoilers from Wednesday night’s episode of The CW’s Arrow.

Arrow finally unmasked Prometheus — the Big Bad who has been pointedly tormenting Oliver all season long — during this Wednesday’s episode, revealing that Oliver’s seeming ally in the mayor’s office, D.A. Adrian Chase (played by series regular Josh Segarra), is the evil, avenging archer. 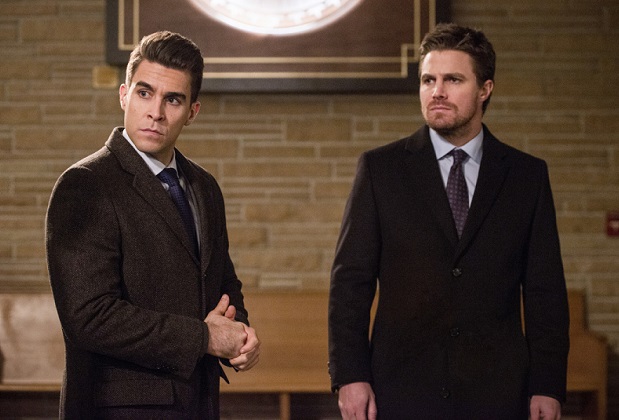 In the comics, Chase’s alter ego is Vigilante, but the producers chose to flip the script “because everybody would be thinking, ‘Of course he’s going to be Vigilante,'” executive producer Wendy Mericle explains. “We thought it would be a really fun twist to… take the comic-book mythology and turn it on its head and see what kind of story we can mine from a surprise like that. It was also something different for this season. We wanted to change up how we introduced the Big Bad and when we did it.”

Fan speculation about Prometheus has run the gamut — it’s Susan Williams because of that thing on her wrist! Lance has gone dark! Tommy Merlyn is back! — but “we always knew that Adrian Chase… was our Big Bad,” Mericle says.

Segarra confirms that after he landed the role, co-showrunners Mericle and Marc Guggenheim said, “‘You’re going to be the Big Bad of the season, and you’re going to play this guy,’ and they described Prometheus to me.” (When his casting was then officially announced as Adrian Chase/Vigilante, the actor started studying up on Vigilante, thinking that’s who he was instead portraying. Thankfully, the producers cleared that confusion up for him.)

Although viewers are now aware of Prometheus’ true face — he exposed his mug to the audience when he took off his mask following a fight with Vigilante — Team Arrow will remain in the dark for the time being. As a result, the show gets to have “fun” as the characters continue to “interact with Adrian Chase in City Hall and elsewhere without knowing his real identity,” Mericle describes. “We’re going to play around with that for a little while before we let Oliver and the team find out.”

And find out they will, possibly sooner rather than later. “We’re not going to leave it to the end of the season,” Segarra promises. “We’re going to get to watch the pot get stirred a little bit. It’s hard because I already know how [Oliver] reacts, and I love the way it goes. You’re going to see Chase just kind of trying to burn the world around him.”

Mericle hopes that the “really strong” bond between the two men will “create a much bigger impact on Oliver when he finds out down the road who Adrian really is, and that this is the guy who’s been really messing with him all season.” 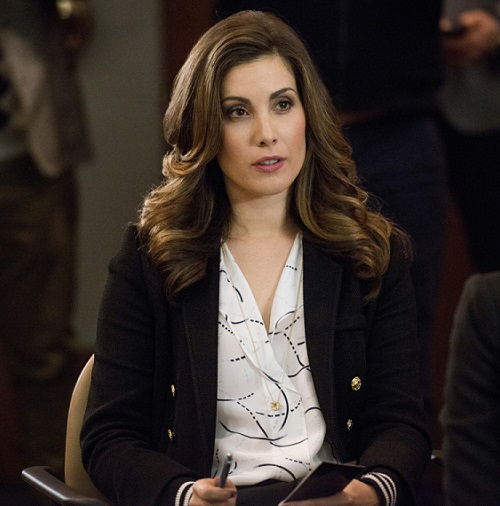 In the meantime, Prometheus will continue to make life hellish for Oliver by kidnapping his ex, Susan Williams.

“We really wanted to build him up as someone who is extremely good at being 10 steps ahead of Oliver, really being psychological in the way that he manipulates him,” Mericle shares. “One of the ways he does that is by going after the people that Oliver cares about… He really has no drive to kill Oliver. It’s purely based on torture.” Taking the reporter captive is “part and parcel of this drive to break Oliver down psychologically, as opposed to physically.”

And now that the series doesn’t have to tiptoe around Prometheus/Chase’s secret, “we will get a lot more sense, going forward, of why he has become so evil, why he’s so bent on revenge,” Mericle says.

Arrow fans, what did you think of the Prometheus reveal? Hit the comments with your thoughts!