Dick Wolf’s Windy City-set empire will usher in its newest member, Chicago Justice, on Wednesday (beginning at 8/7c on NBC) with the franchise’s biggest crossover yet.

The three-hour event kicks off when Chicago Fire tackles “a ripped-from-the-headlines” situation based on the 2016 Oakland warehouse fire that killed 36 people, according to executive producer Peter Jankowski, who serves as an EP on all four Chicago shows. “It affects, very closely, one of our lead characters, and he has a tremendous loss because of it.”

The action then moves to Chicago P.D. (at 9 pm) and “resolves in a very satisfying way” on Justice (at 10 pm). After the perpetrator is caught, “it becomes a very interesting discussion about the effect fake news, social media [and] our electronic world has on the younger generation,” Jankowski hints.

The Chicago family is no stranger to interweaving storylines, but Jankowski says this week’s crossover is “huge” compared to what the NBC dramas have previously staged. 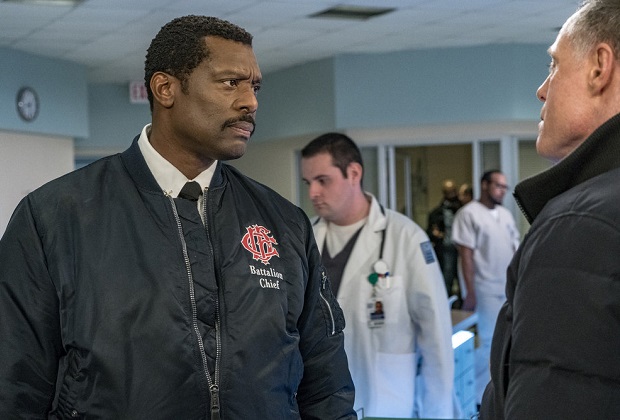 “The scope of it is very large,” he previews. “The Chicago Fire piece of it, we put a lot of effort into making it harrowing and emotionally gripping. It’s a much bigger episode than we normally do.” Plus, even though Chicago Med isn’t airing the same night — at one point, it was part of the event, until the nature of the crime called for “a strong investigatory piece” — the docs and hospital are still present, so “it’s really four shows in three hours,” he adds.

You could even argue it’s five shows, with Tovah Feldshuh reprising her Law & Order role as Danielle Melnick, who is now a judge presiding over the arsonist case. On top of that, Justice lead Philip Winchester plays Peter Stone, the son of Law & Order Executive ADA Ben Stone (portrayed by Michael Moriarty). For the producers, the choice was “just automatic” after casting Winchester, who “has the same kind of bearing and stature” as Moriarty, Jankowski explains. 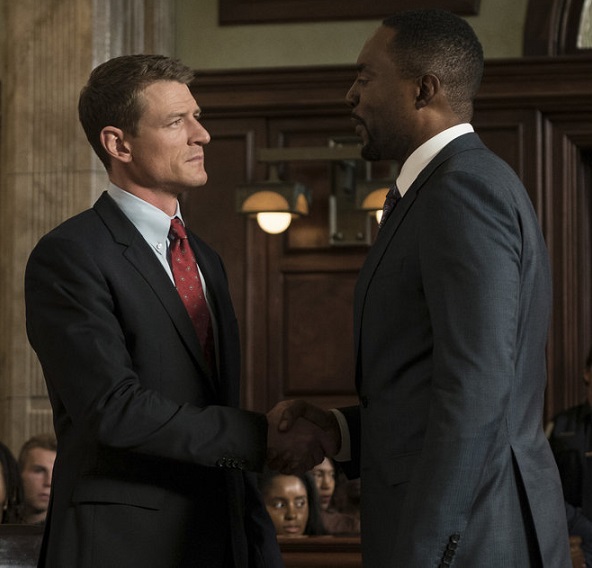 “The ghost of Law & Order is hovering over Justice,” Jankowski admits — in more ways than one. Given the surface similarities between the two shows, one might wonder what sets the new legal drama apart from its predecessor.

Chicago fans, will you be checking out Justice?