Bill Paxton, who died on Saturday at the age of 61, is being remembered by friends and former co-stars. 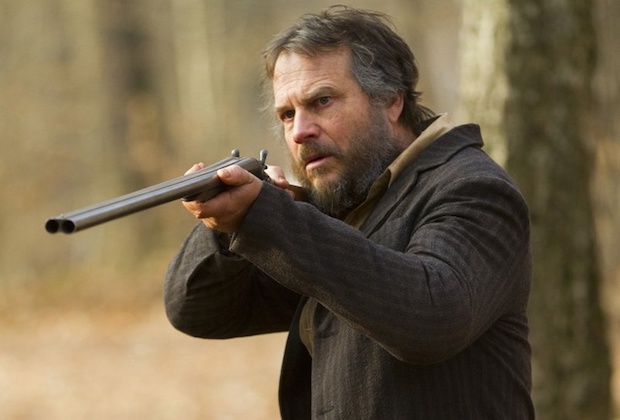 The Emmy-nominated actor, who was currently starring in CBS’ adaptation of Training Day, died due to complications from an unspecified surgery. Justin Cornwell and Julie Benz, who respectively play his partner and girlfriend on the freshman drama, took to social media to express their grief over the loss of a “sweet friend.”

We were just two guys on top of the world. Rest easy my friend pic.twitter.com/R0ZwB0zv5q

He was love. He was light. He shared a piece of his heart and soul w everyone he knew. It was an honor, Bill Paxton. An absolute honor. RIP pic.twitter.com/wj9NDw3zoU

Bill was someone whose goodness and compassion was evident from the moment you met him. He was an immense talent and the type of guy you wanted to spend as much time with both in front of, and behind, the camera. My heartfelt condolences to his family.

Bill Paxton was a big-hearted, thoughtful and honorable person. He always had a smile on his face and could entertain any room with his wonderful stories of his many amazing years in Hollywood. Bill was extremely supportive of other actors, and the filmmaking process — a delight to work with. It was a wonderful time to be on set with him for five years. My heart breaks for his family.

It is difficult to process the loss of Bill Paxton. I adored that man from Fort Worth, Texas. From the moment we met on Big Love I knew he was a friend for life… but then everyone has felt that after working with him. When you worked with Bill you left with a little piece of him. He gave his all. A great actor and director. Such a big soul, big laugh, big smile, big love. A truly good man. I can’t believe he won’t be out there on a set somewhere anymore. He loved being an actor and I loved acting with him. I will miss our long talks about our crazy business, his passion for art and the deep love for his family. My heart goes out to Louise, James and Lydia.

Bill was one of the greats. A kind and wonderful man, and always such a joy to be around. Our hearts are broken. We will miss you.

I have no words. Bill Paxton didn't just play my mentor on the show, he became one in real life. The world is a sadder place without him pic.twitter.com/46e4hMj8nR

The one and only Bill Paxton. Gone but never forgotten pic.twitter.com/J2eY11pS63

#BillPaxton made everything he was in better, deeper and funnier with his big open heart and his world-class artistry. (1/2) pic.twitter.com/XGlobHEi5t

He was an actor's actor, a talented filmmaker, a warm, hilarious mensch with an endless supply of epic stories. It sucks that he's gone(2/2)

I learned a lot from this awesome man. U will be greatly missed brother. RIP pic.twitter.com/cbs6eSXOiM

Heartbroken hearing of #BillPaxton , a truly brilliant man. So kind and fun and forever role model. Unbelievable, hug your loved ones xx

Bill Paxton did so much 4 all of us in film, as a man, father & husband. Working with him was truly an honor. We will miss U bud #RIPBILL

Bill Paxton was simply one of the greatest people ever. To know him was to love him. I loved him. Huge love to Louise, Lydia and James. Xo

Paxton is also being remembered by his former big-screen co-stars:

Some of my favorite memories are of floating around in a tiny vessel with big hearted,hilarious,brilliant Bill Paxton. Sad day.

Bill Paxton could play any role, but he was best at being Bill – a great human being with a huge heart. My thoughts are with his family.

Nooooo. Bill Paxton is gone. Such a funny, talented, loving human. Louise & the children & family my ❤& support 2 u. #truelies pic.twitter.com/d4zleWdOrR

He made this movie great–he acted his heart out. What a talented man. My thoughts are with his family. pic.twitter.com/rUcmmYME3h

Very sad to hear about Bill Paxton. His talent, enthusiasm and energy were unique. Our thoughts are with his family pic.twitter.com/W4IVuILHxv

You were a great friend to me, Bill. AND one of the finest actors to share a set with. Sending so much love to Bill Paxton's family.

CBS and HBO have both released statements in the wake of Paxton’s passing, referring to the actor as an “extraordinary talent” who “who lit up every room with infectious charm, energy and warmth.”