This week marked the tenth anniversary of The O.C.‘s series finale — and a decade later, we’re still wondering what that look between Ryan and Taylor at Seth and Summer’s wedding meant.

Over the course of the 2007 finale, the unlikely lovebirds went from being broken up to hooking up, but never truly defined their relationship status as they parted ways (he for Berkeley, she for Paris). Years later, they were brought back together during Seth and Summer’s nuptials, where they exchanged some meaningful — or was it flirty? — eye contact, as seen in the flash-forward montage below. 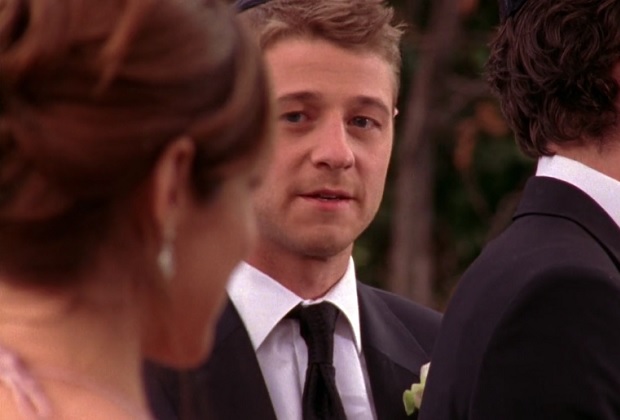 So did that glance signal a romantic reunion? Was it meant to say, “Meet me in the bathroom in 10, so I can climb you like a jungle gym?” Or had Ryan and Taylor always been together? Sadly, we may never know.

For her part, star Autumn Reeser — who next appears in the E! drama The Arrangement — thinks leaving the relationship on an ambiguous note was “the right ending,” she tells TVLine. “I liked that it was left with mystery. They’re really different people, and that’s part of why they fell in love with each other. But that’s something that can be complicated in long-term relationships, how you deal with those differences. I like not knowing what happened between the two of them. Then everybody can write their own ending to the story.”

Press PLAY below to relive The O.C.‘s final moments, then hit the comments with your ending to Taylor and Ryan’s story.