That wasn’t so bad, was it, Bones fans?

Turns out Booth and Brennan ‘shippers didn’t need to be so worried about the return of her onetime love, Sully (guest star Eddie McClintock) — but that doesn’t mean the couple’s out of the woods.

In Tuesday’s episode, Brennan struggled to open up to Booth about her dad’s death, to the point where she even asked him for some alone time. Next thing you know, Booth slinks out of town on a case, Sully reappears out of the blue, and Brennan’s opening up to her former flame.

In the end, though, nothing inappropriate transpired between the exes, and Brennan ultimately was able to connect with Booth. But was that always the plan?

Below, co-showrunner Michael Peterson reveals whether he and his fellow EPs ever considered staging a more scandalous reunion for Brennan and Sully. The EP also previews Brennan and Booth’s relationship status following the difficult episode.

TVLINE | There’s such a deep bench of recurring characters you could have revisited. How did you land on Sully?
It was spurred by the writer of the episode, Karine Rosenthal. First of all, it was such an honor to get her to come back onto the show. Karine has been there since the very beginning and has taken some time off for family. … This is an idea that she’d been playing around with. She was there for those years when Sully was first introduced. 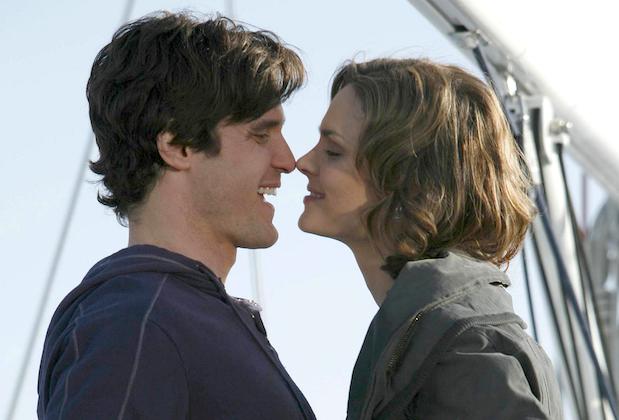 We played with [bringing Sully back in] earlier episodes, but once we figured out what was going to happen with Max, everything just kind of fell into place. He was an integral part of Brennan’s life. But also, the journey for Brennan in this last season [is about a person] in search of family. From the very beginning, she wanted to find out what happened to her parents. It’s [about] her ability to connect with other people and to find family even among her friends and colleagues. Sully was what kind of opened the door to her heart [which, in turn, made room] for Booth.

TVLINE | What does it say about Brennan’s relationships with Booth and Sully that she’s having a hard time opening up to Booth, but she’s able to talk to Sully?
I think it’s true for a lot of people, actually. People have crises in their lives. Some [confide in] the person closest to them. [For] some, it’s very, very difficult. So first of all, I think it’s very honest, and it can happen. Because you aren’t sure how vulnerable you want to make yourself to the person that you’re with. Sometimes it’s easier to talk about these things with a stranger.

Brennan used to have these walls up. She [eventually] put the walls down, [but] now with the death of her father, she is putting her walls back up and keeping Booth out. We always want to make sure everything is very organic to the characters. It felt very real.

TVLINE | I think the fans were a bit worried about what Sully’s return would mean for Booth and Brennan.
I understand that… I’m not in charge of what Fox puts in the promos. They had concern when Hannah showed up. They were concerned over this. It’s just a great testament to the show. But I hope that they will trust us. We’re not going to put them through something that our characters couldn’t handle.

TVLINE | The interaction between Brennan and Sully was actually very innocent. Did you ever consider having something more happen between the two of them, like a kiss or even sex?
We bandied it about the room a little bit. But Brennan’s just not that person. True, this is a vulnerable place for her, but she’s not somebody that will betray Booth, even though she’s [said] before that she’s not sure monogamy is natural. But Booth is the love of her life. It was definitely talked about it, because we always want to explore every option. But once we really talked about Brennan’s character, we knew it was never really an option.

TVLINE | How will what Booth and Brennan went through in this episode affect them going forward?
By the time there’s that final moment with Booth and Brennan at their house, and she explains what Sully meant to her and how he helped her grow as a person, they’re confident enough in their relationship that this is a blip compared to all that they’ve gone through. In the next episode, she’s still reeling from the death of her father. Her journey to figure out what happened to her parents; that’s the central arc when you meet Brennan in the pilot. It’s about her discovering family. To find her father and to go through this journey with him, to finally forgive him for all that has happened, and then to lose him, it’s a defining moment for them. This crucible… it’s going to continue to the end of the season.

Bones fans, what did you think of the episode? Hit the comments with your thoughts!