Timeless fans might be wishing they had a time machine so they could travel to the future and find out if the series is renewed or not, but creators Eric Kripke and Shawn Ryan aren’t fretting too much about the show’s uncertain fate.

As the NBC drama prepares to wrap up its first season on Monday (at 10/9c), Kripke tells TVLine, “The only thing that Shawn and I can do is write the best possible story that we can, end it on what I think is a series of some pretty mind-blowing twists that will drive the audience crazy going into the summer, and just keep making a really damn good show.”

Below, Kripke and Ryan tease the “emotional” season ender and reveal what their experiences on Supernatural and Last Resort have taught them about bubble shows. (Let’s just say it has them feeling optimistic about a second season of Timeless.)

TVLINE | How would you preview the finale?
SHAWN RYAN | I’m proud of the finale. It answers a ton of the questions that we’ve raised. We’ve had a pretty good plan from the beginning of the season. There are things that happen in the finale that we had plotted out in our first couple weeks in the writers’ room back in June. We’ve known for a while that we were going to make 16 episodes this season, so we were able to plan for that and build to this. My daughter, who’s a huge fan, she usually watches early cuts with me, and I showed her this episode, and she was like, “Oh, my God, so much happens! So much to process!” [Laughs] So I hope and expect that [the viewers are] going to be happy and satisfied. Some new questions are asked. It’s a great setup for what could be in Season 2. But a lot of things come full circle.

TVLINE | The last episode left off on quite a cliffhanger, with Rufus in very dire straits. How that will play out in the finale?
ERIC KRIPKE | It’s not so much about whether Rufus will live or die, because — spoiler alert! — he lives. He’s one of our main characters and a popular one, and we’re not going to kill him. So as long as there’s a Timeless, Malcolm [Barrett] has a reasonable amount of job security. It’s more about the storyline that it leads to. Rufus is unable to pilot the lifeboat alone because he’s wounded, and so he needs some help, which comes from some unexpected places, and it kind of turns the story into a new direction, and then turns again. 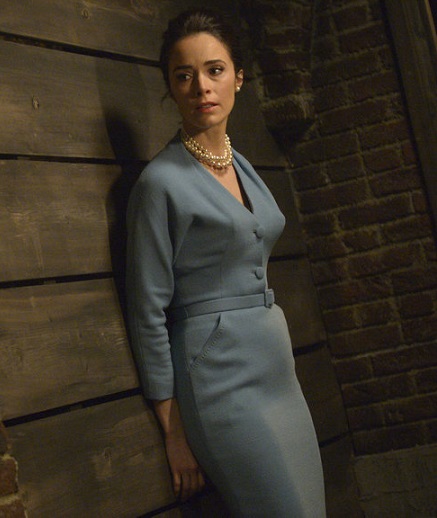 I think the show’s gotten better and better the more we’ve focused in on and doubled down on the characters. The thing I’m most proud about in the finale is that it’s really a character piece. So many finales, especially the genre shows, are just about people running around and fighting, and ours really digs down to the thematics and the character issues that our people have been facing all year. It’s a uniquely thoughtful and emotional finale, and I’m really proud of it because of that.

TVLINE | How much did not knowing whether the show was renewed or not impact the finale and how you chose to end it?
RYAN | It did not have a great impact. We had a story that we wanted to tell from the beginning. We’re moving forward optimistically. We think there will be a Season 2. I’ve been in a situation before on Last Resort, where it was clear as we were making Episodes 10 and 11 that the show wasn’t going to continue, and we chose at that point to write what was essentially a series finale for Episode 13 to give closure. I think there are a lot of reasons for optimism for a Season 2. We’ll find out in two or three months. We’ve always set out to tell this one-season story that then would provide a launching point for a Season 2, but that would answer a lot of things, and I think we did it. We didn’t have any conversations where we were pulling out ratings and trying to do the math. We’re just writers, and we told the best story we could. So we’ll let the chips fall where they may.
KRIPKE | When you write these things, you plan for success. You just sort of have to, and whatever happens happens. But you write it as if the show’s coming back, because I think doing it any other way, you’re compromising the story you set out to tell.

TVLINE | Eric, you’ve been in this boat before with Supernatural, where it was a bubble show, and now it’s pretty much guaranteed that it will go on past any other show ever.
KRIPKE | Yeah, long after I’m dead…

TVLINE | Long after everything is gone, it’ll still be around.
KRIPKE | Right. Exactly. There’ll be no more cities. There’ll be burnt-out cities and burning, flaming oceans, and Supernatural will still be on the air.

TVLINE | Does that give you a sense of optimism, though, having been with a show before that used to be a bubble show and now is pretty much a guarantee to be renewed every year?
KRIPKE | In a way, yeah. What I think my experience with Supernatural gives me is stamina and perspective when it comes to something like Timeless. I don’t panic about this stuff or even really worry about it at all. Certain things are outside of my control.

Every time we finished a season of Supernatural, and we didn’t know we were coming back, we never pulled our punches. We always ended on the craziest possible cliffhanger we could. We knew that had we been cancelled at that point, the fans would’ve gone crazy because our heroes are either smashed up by a semi truck one year, or Dean’s in Hell another year. But you just go for it. My philosophy — and I know it’s Shawn’s, too — is if you’re in the General Lee, and you’re racing towards that smashed-up bridge, you don’t pump the brakes. You put the pedal to the metal.