We’ve got questions, and you’ve (maybe) got answers! With another week of TV gone by, we’re lobbing queries left and right about shows including Homeland, Arrow, Nashville and Scandal! 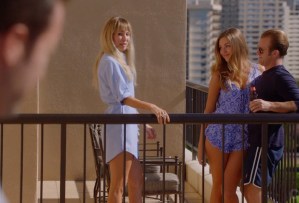 1 | Did Hawaii Five-0‘s Melissa occasionally let slip a look suggesting that she was mulling a more (ahem) Cinemax-appropriate ending to her, Danny, Steve and Lynn’s Valentine’s double date?

2 | Did Emerald City‘s “handiwork” between Lady Ev and Jack forever run The Wizard of Oz‘s “Oil me” scene for you?

3 | The way Homeland‘s Carrie has been quickly and easily shuttled between New York City and Washington, D.C. to meet with the President-Elect, you’d think the nation’s capital was located on Staten Island and not, you know, several hours away, right?

4 | Here’s a crazy idea: Should the Grammys run sound checks before the show? Shouldn’t the tribute to George Michael have had as much energy as Prince’s? Also, if you are headlining one such tribute, should you cede your regular performance slot during the telecast to someone 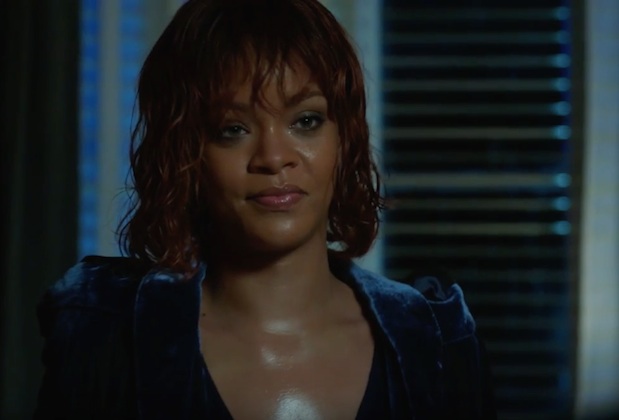 else who gets less exposure? Finally, did it strike you as odd that A&E didn’t buy commercial time during the Grammys to remind Rihanna fans that the singer is playing Marion Crane in Bates Motel‘s imminent final season?

5 | Why, oh why, would The Bachelor spoil itself by announcing current contestant Rachel Lindsay as the next Bachelorette before she’s even kicked off?

6 | Which Supergirl character had the better reaction to Alex being a lesbian: J’onn, who said, “Of course I knew, I’m psychic,” or Mon-El, who asked, “Is that, like, a problem here on Earth?”

7 | If Rita Moreno plays Rogelio’s mom on Jane the Virgin and also Justina Machado’s mom on One Day at a Time, does that make Rogelio and Darci’s relationship TV incest?

8 | Would 24: Legacy‘s Officer Not Brian Dietzen really have known what exactly was on the other side of the evidence locker wall? And just how many privacy laws were broken to (so quickly!) send Nicole the government’s recording of Aisha’s call? 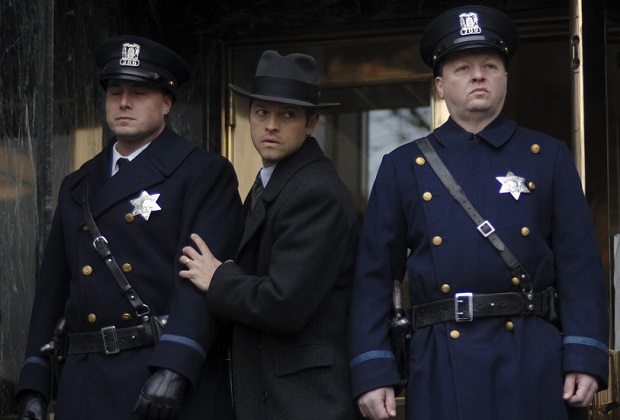 9 | Timeless viewers, were you surprised by how brief Misha Collins’ guest spot was as Eliot Ness? And who else wants to watch The Untouchables, starring Lucy, Wyatt, Rufus and Al Capone’s brother?

10 | Is there anything less covert than Quantico‘s Alex posing for a selfie with an NSA employee on her way out of an infiltration op?

11 | On This Is Us, despite Kevin’s touching gesture of love toward his brother, wasn’t ghosting on the play’s opening night kind of a jerk move where Sloane was concerned?

12 | Wasn’t the NCIS killer taking a good-sized gamble that someone would playfully “pop” the sarin-laced bubble wrap?

13 | Was Gordon Ramsay’s New Girl appearance the most likable he’s ever been on television? (Maybe because it was so brief?)

14 | Of all the Team Arrow members to be (repeatedly) silencing the lair’s gun control debate, why Felicity, an actual, sorta-paralyzed victim of gun violence? 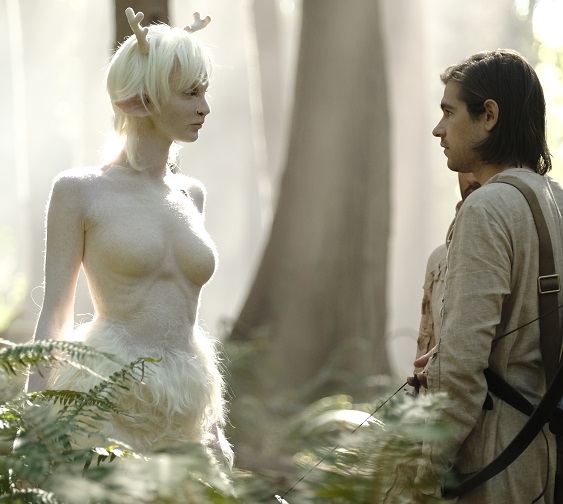 15 | Magicians viewers, did you recognize Bunheads star Emma Dumont underneath all that White Lady makeup?

16 | Now that Girlfriends’ Guide to Divorce‘s Barbara has quit SheShe, how long before she and Abby start their own media fempire?

17 | Is it too soon for American Horror Story — or any limited series for that matter — to dramatize the 2016 election? And if AHS Season 7 is centered on Trump vs. Clinton, and a future American Crime Story season is said to tackle the Monica Lewinsky scandal, might Ryan Murphy have the same actors portray Bill and Hillary in both?

18 | Were you a little stunned when Supernatural‘s Mary didn’t fess up to stealing from the Prince of Hell even as he threatened her sons’ lives?

19 | Did Riverdale‘s school administrators do any kind of background check on “Miss Grundy” before letting her teach there? Or better yet a psychiatric evaluation?

20 | Between Training Day‘s crossbow pistol-packing assassin named Artemis and seeing Katrina Law lay out bad guys left and right, did you almost feel you were watching Arrow for a moment?

21 | Grey’s Anatomy fans, are you Team Bailey/April/Minnick or Team Richard/ Jackson/Everybody Else? Also, how Heathers was that cafeteria scene? And how stunned were you that Arizona/Eliza didn’t pull a Nathan/Mer in the parking lot?

22 | Would Scandal prison guard Gerard have really seen any appreciable, immediate value in Cyrus’ “Find your Oval” babble? And why were the other bulls so slow to react to Gerard getting 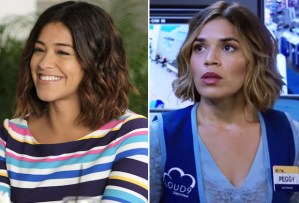 strangled in the corridor outside of a cell?

23 | Gee, after these haircuts, how will the folks at the Golden Globes ever tell them apart?

24 | On Nashville, did Rayna’s security team have any idea what it was doing? Shouldn’t the guard sweeping Highway 65 have, y’know, checked the closets? Also, why didn’t they give her a panic button, which would’ve come in handy when Hockney strolled into her office? And on an unrelated note: Where the heck is Will?

25 | Should Seth Meyers and Jimmy Fallon switch time slots for the duration of Trump’s presidency — you know, as a public service?