When I first screened Gilmore Girls: A Year in the Life last November — and marveled at Lauren Graham‘s career-best performance — I was certain her long, inexplicable Emmy nomination drought was about to come to an end.

Now, three months later, my confidence is disappearing faster than Emily Gilmore’s patience for bulls–t. The reason? The Lead Actress in a Limited Series/Movie category has emerged as the year’s most insanely competitive race.

The first obstacle to Graham’s inaugural Emmy nod arrives this Sunday with the debut of HBO’s Big Little Lies, a seven-part dramedy that is so stacked with strong, A-list female performances that it could easily secure half of the category’s six slots. I’ve seen the first five episodes and rest assured that Oscar winner Reese Withersoon, who turns in her strongest comedic work since Legally Blonde, is a lock. And fellow Oscar champ Nicole Kidman should probably go ahead and block off Sept. 17 on her calendar because her nomination is essentially a fait accompli. The mini-series’ third lead, Shailene Woodley, is less of a sure thing, but that has less to do with her performance (which is strong, if not revelatory) and more to do with the latest Emmy ace up FX’s sleeve.

On March 5, the cabler behind last year’s deserving kudos hog The People v. O.J. Simpson: American Crime Story will debut the first installment of Ryan Murphy’s newest anthology series FEUD, which stars Oscar winners (sensing a trend here?) Jessica Lange and Susan Sarandon as sworn enemies Joan Crawford and Bette Davis, respectively. I have yet to screen any of FEUD‘s eight episodes, but several of my colleagues have and they report that FX and 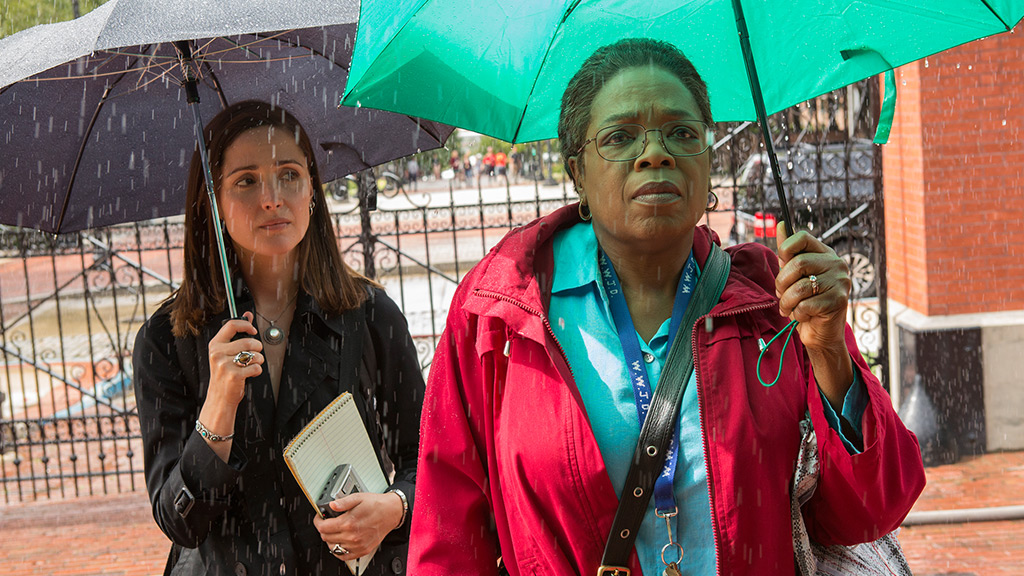 Murphy have another major awards contender on their hands. The early buzz slightly favors Sarandon over Lange, but it’s hard to imagine a scenario in which both of them don’t get nominated.

The embarrassment of lead-actress riches doesn’t end there. Also sure to be part of the 2017 Limited Series/Movie Emmy conversation: Fargo‘s Carrie Coon, American Crime‘s Felicity Huffman, Shots Fired‘s Sanaa Lathan and an up-and-coming performer by the name of Oprah Winfrey, who this spring will star in the HBO movie The Immortal Life of Henrietta Lacks.

So, where does this logjam leave an actress with no Oscars to her credit and who historically has never been able to catch a break with Emmy voters and who already is batting 0-2 (see Golden Globe and SAG snubs) this awards season? Hardly out of the running, but definitely among the dark-horses. In other words, familiar territory.