Warning: The following contains spoilers for Wednesday’s The Magicians.

Well, that was wicked.

During Wednesday night’s The Magicians, Alice powered up to fight The Beast, performing a spell so big that it killed her and turned her into a magic-consumed niffin. 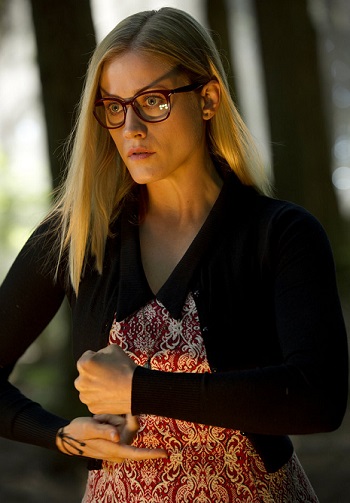 “I did it on purpose,” niffin Alice confessed to The Beast before destroying him. Then she turned on her friends, forcing ex Quentin to unleash his cacodemon in order to stop her. All that was left after the attack was a lifeless Alice lying on the ground as Quentin cried over her.

And that wasn’t the only death in the episode: Reynard the trickster killed hedge witch Marina (recurring player Kacey Rohl).

Those who have read the Magicians trilogy, of course, knew the first twist was likely coming.

“What happens to Alice in fighting The Beast is one of the most important aspects of the Magicians books,” executive producer Sera Gamble tells TVLine. “Her death is really what propels the characters, especially Quentin, from that point. And while we don’t feel beholden to the story exactly as it lays out in the books, we did want to tell our iteration of that story.”

Despite Alice’s dramatic demise, EP John McNamara says he and Gamble are “very much” finding ways to keep her portrayer Olivia Taylor Dudley, who remains a series regular, involved in the story. So is anyone truly dead in a series about magic? (Surely, there’s a resurrection spell?)

“Oh yeah, people can be really dead on the show,” Gamble says. “Some of them are, and some of them aren’t.” And for those who are, “later in the season, we explore pretty fully the architecture of the afterlife,” McNamara adds. 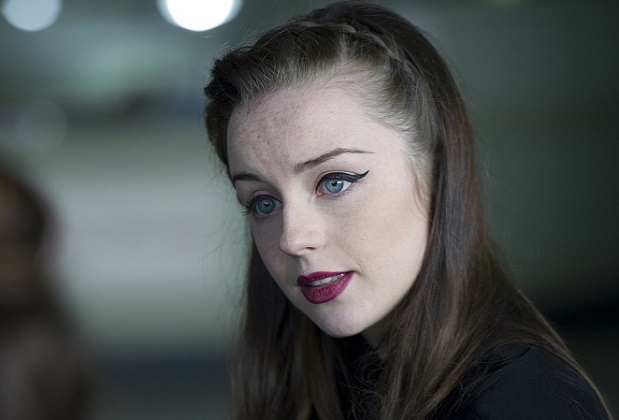 As for Marina, she makes an appearance in next week’s episode, but don’t expect to see her beyond that.

“To be frank, one of the motivations for writing Marina’s arc this season the way we did was we’re aware [Kacey Rohl is] a very in-demand actor, as she should be, and we weren’t certain we would be able to get her back,” Gamble explains. “We don’t have a long-term contract with her. We always want to work with her. We think she’s amazing. But we didn’t want to squander the time we had with her. We wanted to tell the biggest story we could with her and give her the most meaty material we possibly could while we had her.”

Magicians fans, what did you think of the episode’s two big deaths?