You can’t fault the poor suckers in Bravo’s new drama series Imposters for falling for a con artist and losing all their money. Grifter Maddie (The Last Ship‘s Inbar Lavi) is just that good at her job — but is the show as good as her?

Before you chime in with your thoughts, let’s recap Tuesday night’s premiere, which begins with Maddie playing the part of Belgian waitress Ava. It’s not long before the sweet, bookish Ezra (British actor Rob Heaps), who once dreamed of living in Paris, is charmed by her accent and coy flirtations. (I told you she was good.) While trying to 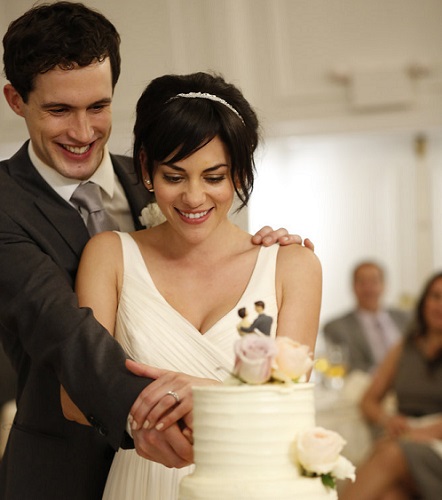 purchase a puppy for their 29th-day wedding anniversary, Ezra discovers that his bank account has been cleaned out. Ava is MIA, too, and her number has been disconnected, but she did leave behind a threatening yet strangely sincere video message.

“You will never see me again. The sooner you accept it, the better it is for everybody,” she warns Ezra before revealing that she has a folder full of his dad’s dirty cheating and patent-stealing secrets.

“Ezra, you must move on with your life,” she continues, always staying in character. “You are a good man, with a great heart. You will find love again, I know it.”

As Maddie makes her escape, wearing a new hairstyle and blue contacts, she runs into Ezra’s brother at the airport. He doesn’t recognize her even as he strikes up a flirty conversation, but then as she’s walking away, he spots the ankle bracelet Ezra gave her. Maddie is able to shake him off her trail with an assist from her partner-in-crime Max (Private Practice‘s Brian Benben), who until recently was the head of accounting at Ezra’s family business — until he “dropped dead.” Also in on the scheme: Ava’s so-called aunt Katherine (Satisfaction‘s Katherine LaNasa).

The trio moves on to their next job, which finds Maddie-as-Saffron having to fall for a bully of a bank executive in Seattle. The gig is assigned to them by — intrigue alert! — The Doctor, who gets to keep 70 percent of the cash. Maddie suggests going rogue, but Max doesn’t want to end up in a hole. Don’t mess with The Doctor, noted! 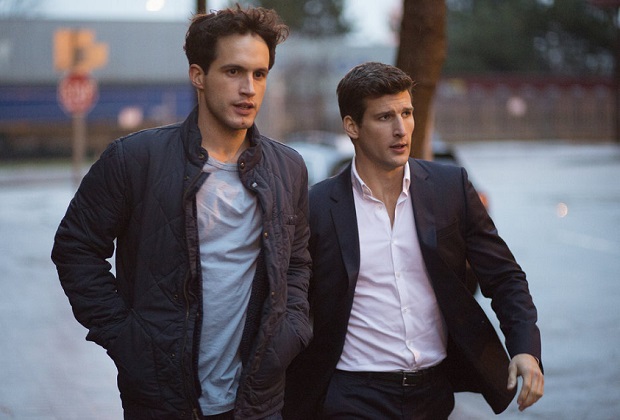 Meanwhile, Ezra has descended into a drunken, suicidal mess. (I’m going to pretend his cringe-inducing makeout session with coworker Gabby, during which he asks her to talk dirty in a Belgian accent, didn’t happen.) It’s not until another one of Maddie’s ex-husbands, Richard (Suburgatory‘s Parker Young), comes looking for upper-crust New Yorker Alice that Ezra comes out of his stupor. He gathers what little money the two men have left to pay someone to run facial-recognition software on Ava/Alice — and they get a match on yet another persona!

Readers, was that a fun con ride for you? Creators Adam Brooks (Mozart in the Jungle) and Paul Adelstein (Girlfriends’ Guide to Divorce) — yes, that Paul Adelstein — have certainly infused the show with plenty of humor. And having seen the next two episodes, I can assure you that Parker Young’s comedy talents are fully utilized as polar opposites Richard and Ezra become an unlikely buddy team. Also, isn’t leading lady Inbar Lavi one helluva charmer as Maddie and her many alter egos? I’m pretty sure trying to resist her is futile.

Grade the premiere via the poll below, then hit the comments with your thoughts!