Following last week’s awkward confession, tensions were running understandably high between Kara and Mon-El atop Monday’s Supergirl — but that didn’t stop the “intergalactic bartender” from having her signature non-cocktail ready to go before she even sat down.

In fact, he’s apparently adopted it as his own go-to beverage, which must have made part two of Kara’s rejection even more painful: “It was great that you were honest,” she explained. But here’s the thing: You were right. I’m not so sure we’re a good match.” 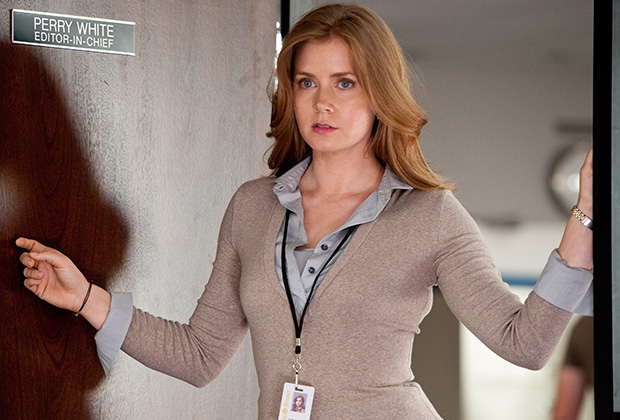 Too bad Kara wasn’t fooling anyone when she used her busy work schedule as an excuse not to go all in with Mon-El, including Alex. (Speaking of the other Danvers girl, could her and Maggie’s shared love of the band Barenaked Ladies be any more on-the-nose? Not that I’m complaining. “One Week” is a jam.)

Of course, all of the above relationship drama paled (teehee) in comparison to what M’gann went through this week. Like the weirdest Lifetime movie imaginable, her evil, presumed-dead husband Armek arrived on the scene with intentions of turning her over to Martian authorities as punishment for her treasonous acts.

And M’gann’s problem became everyone’s problem when Armek, cleverly disguised as unassuming tech wiz Winn Schott, wreaked havoc at the D.E.O. Silver lining: The group uniting against him gave everybody a chance to work through their issues. Kara was able to vent to Alex — albeit a White Martian disguised as Alex — about her lingering fear of abandonment, and J’onn pretty much confessed his undying love for M’gann. (Let’s hope J’onn’s phone carrier offers cheap long-distance calls!)

And then came one last bummer: Just when Kara decided she was potentially ready to test the waters with Mon-El… she spotted him on a date with someone else! Blerg!

Your thoughts on this week’s surprisingly romantic episode? Drop ’em in a comment below.