Now that you’ve had a full night to process that Teen Wolf finale, what do you say to a little more scoop from the series’ last 10 episodes (ever)?

For starters, if you’re wondering why Tuesday’s midseason finale ended so abruptly — without giving us a taste of what’s still to come — executive producer Jeff Davis says that was very much a “planned thing.” 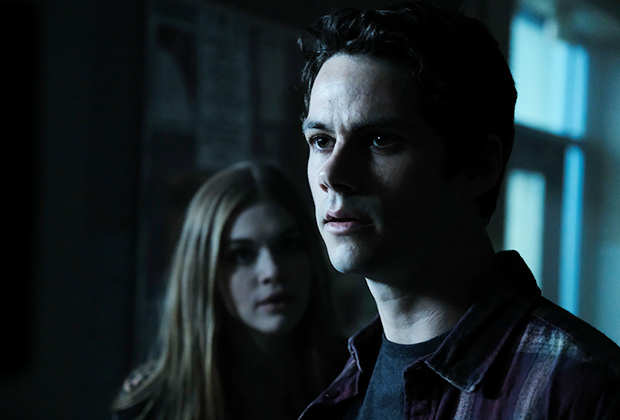 “I didn’t want to have a tag at the end leading into [Season 6B],” he tells TVLine. “You get a little tired of cliffhangers. They start to seem a bit perfunctory, like too much salesmanship.”

As you might expect, this means Davis isn’t eager to dole out spoilers for the last 10 episodes, though he does confirm that “we’re going to have some appearances in the final season of people you haven’t seen in a long time.”

One of those people, as revealed back in December, will be Scott’s dad, who received a little shout-out in the finale’s closing scene. Davis says that Agent McCall re-enters the picture out of “necessity. You’ll see the city of Beacon Hills thrown into a bit of a chaotic state, so he comes back as an FBI agent first and a dad second.” (No word on how he might react to the news of Melissa and Argent’s new romance.)

As for other beloved characters, Davis says the show will continue to explore Malia and Peter‘s complicated relationship (“Can he ever truly redeem himself, or is he always going to go back to being a bad guy?”) as well as Mason’s new position in the pack (“Mason is the smartest kid in the group, probably on par with Lydia. You’ll see a lot more of him in 6B.”)

OK, your turn: Which “appearances” are you hoping for when 6B kicks off this summer? And what are your general hopes for the final 10? Drop your thoughts in a comment below.