When Switched at Birth last aired in 2015 (!), the series had skipped ahead in its timeline — “and thanks to Freeform, it turns out that 10-month jump is in real time for viewers,” executive producer Lizzy Weiss tells TVLine with a laugh.

After a very lengthy hiatus — it’s actually been a 15-month wait for the fans — the family drama returns this Tuesday (at 9/8c) for its final season. Below, Weiss previews the big changes and new loves ahead for the Kennish-Vasquez clan, as well as a very topical race-relations storyline.

TVLINE | There’s a been a big time jump in the series itself. Can you set the stage for where the new season picks up? 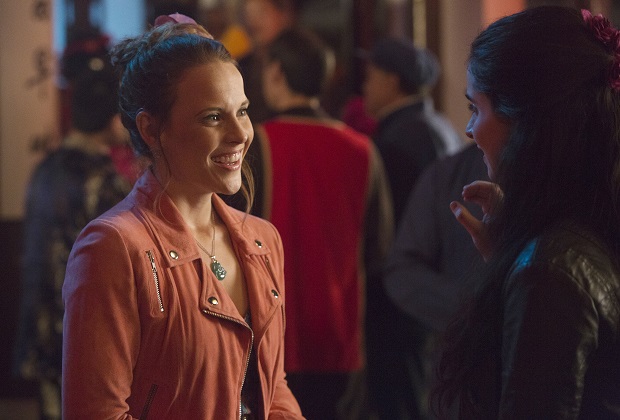 We pick up 10 months later, as we promised in the final moments of Season 4, and we throw you into China. We answer why the girls stayed longer than their initial visit of just a few weeks. Then, of course, there’s the question of the call, and we answer in the premiere why the girls had to rush home, what happened and what that was about. We just knew that it just had to be a really compelling, important reason to get them to bolt, and it had to be really important to both girls. You could tell from that moment that both of them were going to be impacted by the person on the other end of the phone.

TVLINE | What awaits Bay and Daphne when they get back home?
They have to deal with the call, and that’s a big thing. Then just everyone in their family [is] in new relationships, new jobs. Power dynamics have shifted. Just like anyone who goes away for a semester or a year in college… you come back, and you feel a little bit distant. You’re sort of here but not here, and you’re thinking back to being back in your other country and the language barrier. It can be disorienting, but luckily, the girls have each other, and they can turn to each other when they feel like, “Are we here? Are we back there?” 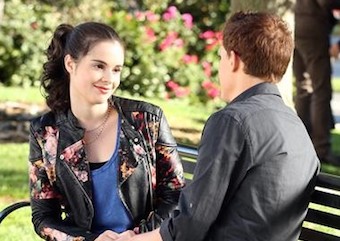 TVLINE | What do you want to tell fans about where the Travis/Bay/Emmett love triangle is headed?
She’s going to have to figure out: Is Travis The One? Did she catch up to his feelings in the time away, or did the time away make her realize that Emmett is and always will be The One? That is something that we do play with a little bit, because they are surrogate brothers, and it’s a really interesting, complex dynamic. They both have feelings for her.

TVLINE | What about Daphne’s love life? Any hope of her and Mingo rekindling things?
Daphne and Mingo had great chemistry. They were opposites in so many ways, so it was so fun to see them together. But we had to be realistic. Is this guy going to really be sitting around 10 months later, waiting for her to just show up? He was hurt that she decided to stay. They broke up at the end of Season 4, but it did feel like maybe they would get back together in the fall if she was [only] gone a few weeks. So it is a little more complicated, but they’re always going to have that chemistry. 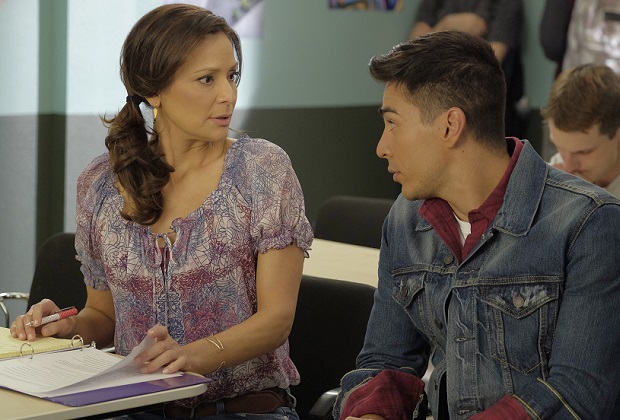 TVLINE | What can you say about Regina’s new man (played by Michael Galante)?
We had such a serious story for Regina in Season 4 with Eric and his situation and backstory, and the way that he left and the kids. We just really wanted to lighten things up for her and be honest. If she rebounded, who would she rebound to? It would probably be something a lot less serious and fraught and intense than what she had with Eric.

TVLINE | What is Emmett’s arc for the season?
Emmett is, of course, at film school at USC with Skye, but he’s still an integral part of the family and the world and our girls. So he’s out there, and he’ll be coming back in ways that are surprising and complex. 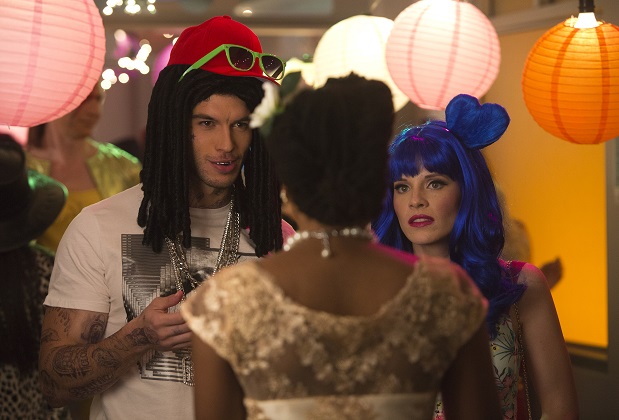 TVLINE | The premiere kicks off a big race storyline. How does it relate to the characters, and is it going to carry throughout the season?
The biggest story last fall was race relations on campus, and there were a lot of things that were going on that were really exciting, and we wanted to play it out with our characters. But we had this challenge of, we have a lot of diversity in our show — half of our family is Latina — but we didn’t have African-Americans as our protagonists. So we really had to be thoughtful about how to honor this story and have these black characters tell their own story. It’s woven into the first half of the season. We really tackle some stuff that, even though it’s been 15 months since we wrote it, I’ve never seen tackled on TV, because I don’t think there are any other shows that take place in college. It’s something I’m really proud of and excited about and I hope causes a lot of conversations, particularly on college campuses.