Supergirl now has a Lois to go with its & Clark.

The CW superhero series has cast Teri Hatcher in Season 2, TVLine has learned. 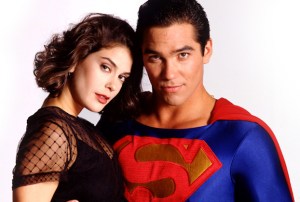 Cain, of course, also has a recurring role on the show — he plays Kara and Alex’s father, Jeremiah Danvers.

In addition to Lois & Clark: The New Adventures of Superman, Hatcher’s TV credits include Desperate Housewives, Seinfeld, The Love Boat and Jane By Design. She also recently recurred on CBS’ The Odd Couple.

“No offense to any of the wonderful actresses who have also played the part, but Teri Hatcher is my all time favorite Lois Lane,” Supergirl executive producer Andrew Kreisberg said in a statement. “To have her come back to the SuperWorld in a completely different part is an unbelievable gift to me, [EP] Greg [Berlanti], and the fans.”