Suits teased “Darvey” ‘shippers by opening Wednesday night’s Season 6 winter premiere with a post-coital Donna and Harvey — but it was all just a dream.

Still, the fact that the lawyer is even having such subconscious thoughts about his longtime friend/colleague sure does seem to imply something about his feelings for her, right?

Elsewhere in the episode: Mike tried his hand as a teacher, but got the boot after the higher-ups found out he was in prison; Rachel accepted a second-year associate position at Pearson Specter Litt, despite her dad’s warnings; and Donna urged Harvey to make things right with his mother.

Below, executive producer Aaron Korsh talks about that “Darvey” surprise and when Harvey will confront his mom. The EP also teases Mike’s next career move and Rachel’s legal future. 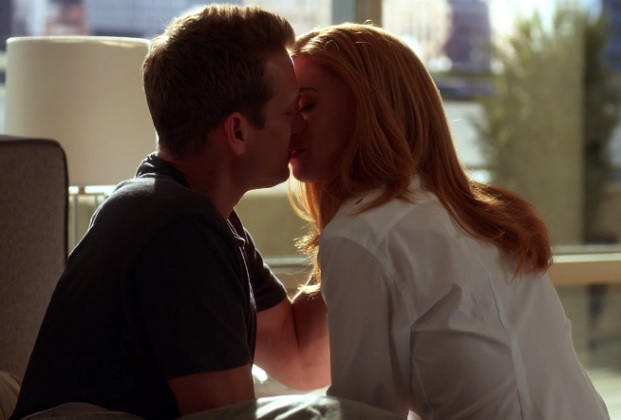 TVLINE | Why did you decide to start the premiere with that Donna/Harvey dream?
We were just sitting down to write that episode, and it just came out. [Laughs] I wrote it, I showed it to people, and they were like, “Yes, let’s put it in there.” It’s fun for me to put things like that in and just see what they’re going to do to the viewers. I know it gives some fans what they’re looking for without totally giving them what they’re looking for. For me, it’s a way, maybe, to have my cake and eat it, too. Give fans what they want and not give them so much of what they want that they stop wanting it — that’s the idea.

TVLINE | Were you worried about how the fans would react to the fact that it’s a dream?
Um, no. [Laughs] I think people do not always know what they want. They often think they want something, but really, they want to yearn for something. By yanking it away and making it just a dream, they’re going to get to watch Harvey and Donna kiss — he was dreaming it — and still get to be mad at me, which I think they like. And it inches them closer towards where people want them to go without going there.

TVLINE | What does it say about Harvey’s feelings for Donna that he’s having this kind of dream about her?
Everybody’s answer will be different. To me, it says his feelings for Donna are complicated. Obviously, you could make the case that he needs to get through things with his mom and grow a little bit to ever be with Donna. On the other hand, you could [make] the case that he’s mixed up with women because of his mother, and he mixes up women with his mother. … He’s got some messed-up issues with his mom. Until he gets through it, he’s never going to be able to be the man for Donna. [That is] sort of the conventional and possibly accurate assessment of what’s going on. The other one is, this dude is messed up because of his mom, and he may never be good enough or ready to be in a relationship with Donna, but nonetheless he’s inching closer to her anyway. 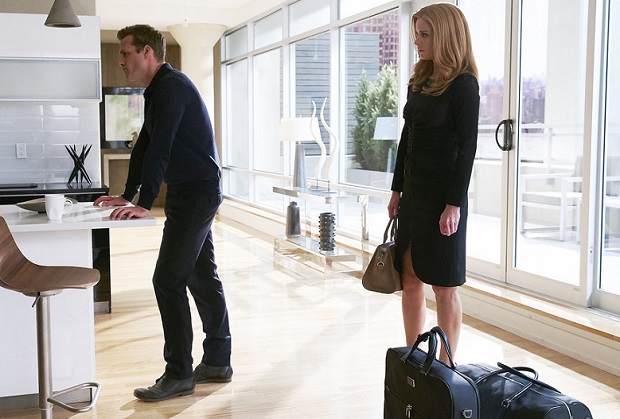 TVLINE | Is Harvey going to take Donna’s advice and seek out his mom, or is he a little bit hesitant about that?
He is both going to be hesitant and he is going to go see his mom.

TVLINE | Is that a season-long journey for Harvey?
Not in the back six [episodes]. Episode 12, ultimately, is a flashback episode combined with a present-day episode where he goes to see his mom [played by One Life to Live‘s Brynn Thayer].

TVLINE | Moving on to Mike: He told Harvey he’s not coming back to the firm no matter what, but he’s also lost every job opportunity that he’s gotten. Where does that leave him? Is he going to be forced to go back to the firm?
We handle that right away in [Episode] 12. The dual track of 12 is Harvey going off to make things right, hopefully, with his mom, and Mike figuring out what he’s going to do next and finding out where it’s going to lead. 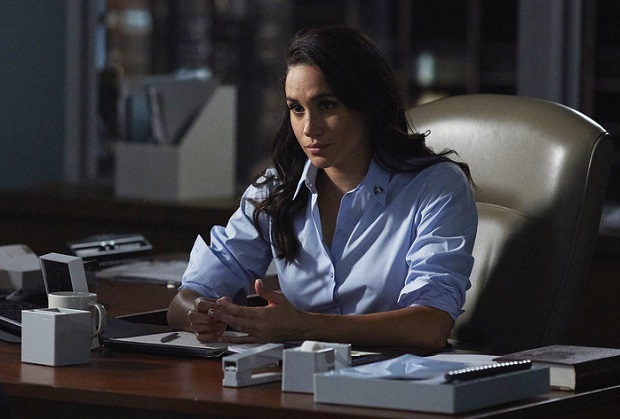 TVLINE | What ramifications is Rachel going to face for sticking with the firm?
They may be longer-term than just the back six, but her dad [said], “You’re with Mike. This could have future problems when you’re about to graduate law school.” Her father might have been right about that. We’ll see in future episodes coming up. Some of it is, she’s just going to be at the firm, and she’s just going to be part of the team, as she always has been, and stepping up in ways.

TVLINE | Are Katrina and the associates from Robert Zane’s firm still coming over to Pearson Specter Litt?
They are coming, yes. Katrina said to Louis, “If you keep doing this, I’m not going to come,” but he agrees. He realizes he’s got to not do it.

Suits fans, grade the season opener via the poll below, then hit the comments to back up your pick.