Mary Tyler Moore, star of The Dick Van Dyke Show and The Mary Tyler Moore Show, died on Wednesday. She was 80.The beloved icon passed away “in the company of friends and her loving husband of over 33 years, Dr. S. Robert Levine,” Moore’s longtime rep, Mara Buxbaum, said in a statement. “A groundbreaking actress, producer, and passionate advocate for the Juvenile Diabetes Research Foundation, Mary will be remembered as a fearless visionary who turned the world on with her smile.” 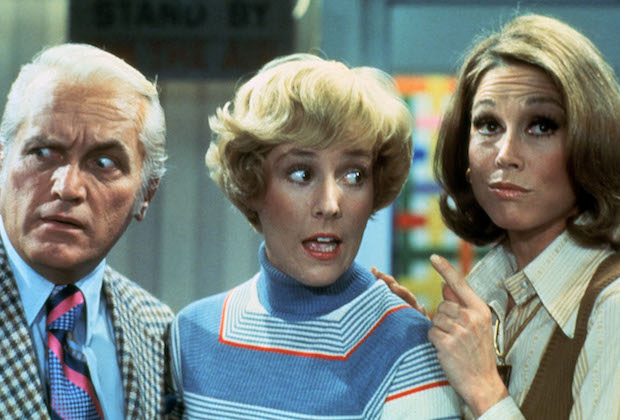 It had been reported early Wednesday that the TV icon was in a Connecticut hospital in critical condition. TMZ noted that, besides diabetes, she suffered from numerous additional health problems and had undergone brain surgery in 2011.

After beginning her 60-plus-year showbiz career as a dancer, Moore began to make inroads as an actress in 1959, thanks to a recurring role on Richard Diamond, Private Detective. Two years later, she got her big break when she was cast as Dick Van Dyke’s wife on his eponymous CBS sitcom. Upon winning the first of her two Emmys for her portrayal of Laura Petrie, Moore famously said, “I know this will never happen again.” Which, of course, it did, over and over. 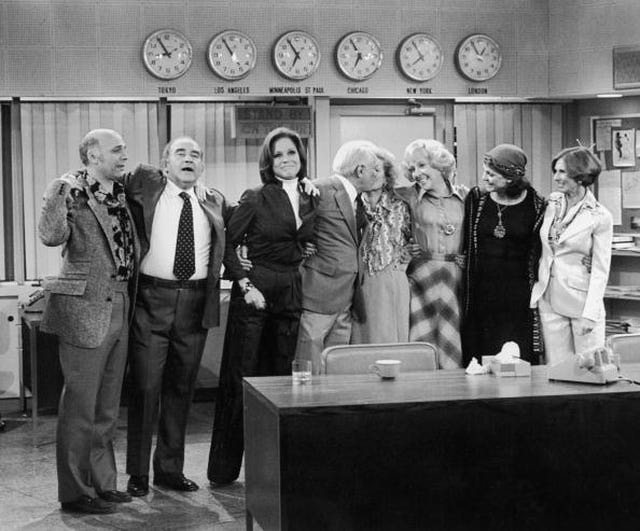 Moore returned to series television several more times — with the comedies Mary (1985) and Annie McGuire (1988), and the drama New York News (1995). But none of those shows caught on, much less held a candle to The Mary Tyler Moore Show, which netted a total of 29 Emmys — a record unbroken until Frasier won its 30th in 2002. Through MTM Enterprises, the company that Moore launched in 1969 with then-husband Grant Tinker, she produced such hit series as The Bob Newhart Show and Newhart, Hill Street Blues, Remington Steele and St. Elsewhere.

Besides her series work, Moore also starred in a number of TV movies, among them Like Mother, Like Son, The Gin Game (with Van Dyke), Stolen Babies (for which she won another Emmy in 1993) and Mary and Rhoda, in which she and Valerie Harper reprised their Mary Tyler Moore Show roles. Her guest gigs included appearances on The Ellen Show, That ’70s Show and Lipstick Jungle.

In what would turn out to be her final TV appearances, Moore reunited with Mary Tyler Moore Show co-star Betty White in a 2011 episode of Hot in Cleveland, then not only with White but also with their old MTM castmates Harper, Cloris Leachman and Georgia Engel in a 2013 installment (posted below).

The author of two memoirs — After All and Growing Up Again: Life, Loves, and Oh Yeah, Diabetes — Moore appeared on the big screen in Thoroughly Modern Millie, Change of Habit (opposite Elvis Presley), Just Between Friends and Ordinary People (for which she was Oscar-nominated in 1981).