It’s time for Days of Our Lives to make like the Phoenix and rise from the ashes.

Earlier this month, NBC entertainment chairman Robert Greenblatt told fans of the 52-year-old soap that Megyn Kelly’s imminent addition to the network’s daytime landscape didn’t mean that Salem was about to be wiped off the map. Still, to ensure that those sands keep passing through the hourglass, the show really needs to consider making a few changes under incoming headwriter Ron Carlivati (formerly of General Hospital).

Cancelled or Not? 13 Shows on the Bubble

1. Cut the dead weight. Lovely as it is that Salem feels like a real, well-populated community full of familiar faces, actors are expensive, and Days has (more than) a few too many.

2. Step up those production values. Under its new executive producer, CBS’ The Young and the Restless — like Days, a Sony  sudser — has done just that, and the difference it’s made has been, shall we say, dramatic.

3. Get with the times. Plots like the one that’s had half of Salem running around in search of the much-ballyhooed Orwell device are, ironically, far more 1984 than 2017.

4. Reconsider that production schedule. Since Days tapes almost half a year ahead of air, its writers never get a chance to nip in the bud a storyline that’s D.O.A. On the flip side, if an unanticipated coupling clicks, it’s months before new material can be penned to exploit that chemistry. 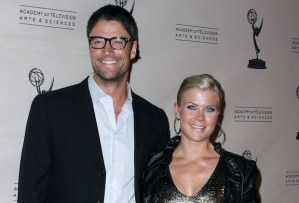 5. Crank up the romance. Days was never more popular than when it was churning out supercouples as regularly as Alice did donuts. However, it takes more than just reintroducing dynamic duos to recapture that lost glory. The sweethearts also have to be dropped into stories that are as swoon-worthy as the ones that made us fall in love with them in the first place. That said…

6. Bring back Sami and EJ. Whatever it takes, do it. Whatever Alison Sweeney and James Scott cost, pay it. Because not since the heyday of Jack and Jennifer has a Salem couple left viewers so hot and bothered for so long a stretch as these two.

OK, Days fans, your turn! What do you think of our suggestions? And what changes would like to see added to the list? Hit the comments!