We’ve got questions, and you’ve (maybe) got answers! With another week of TV gone by, we’re lobbing queries left and right about shows including Chicago Fire, Lethal Weapon, The Good Place and Mom! 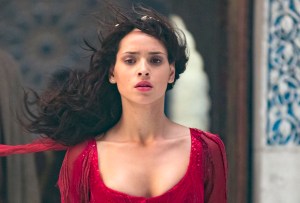 1 | On Emerald City, who styled Dorothy’s hair as she quickly changed into her tornado-fighting gown? Unseen attendants? And shouldn’t she have changed back into street clothes/practical boots when resuming her arduous trek?

2 | Wouldn’t it be funny if MacGyver, while stranded with Jack in the Kazakhstan forest, revealed that he didn’t know how to start a simple campfire? 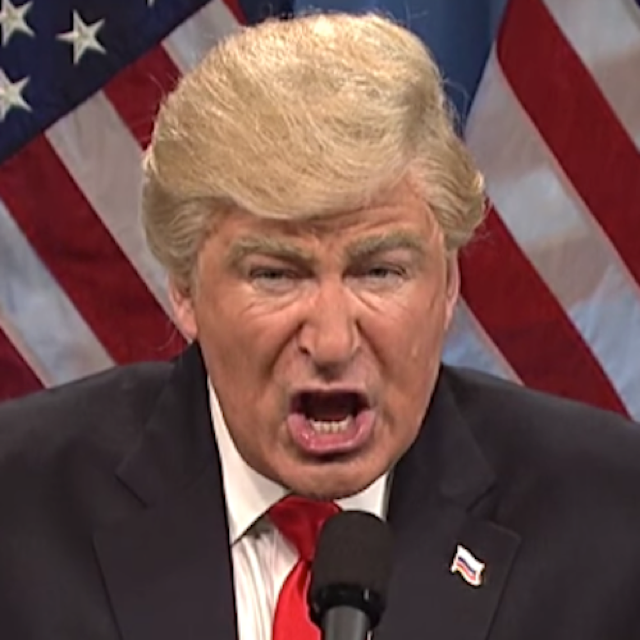 3 | SNL viewers, did you notice Alec Baldwin’s Donald Trump was wearing a Russian flag pin during the press conference spoof?

4 | Wasn’t Sherlock‘s John Watson chained to the bottom of that well in the finale? Wouldn’t he need more than just a rope thrown down to him to get out of there?

5 | Timeless fans, you ever notice how Wyatt’s name is always the first one Lucy calls when she’s in trouble?

6 | What meal do you suppose The Bachelor‘s Corinne is referring to when she says “cheese pasta”? 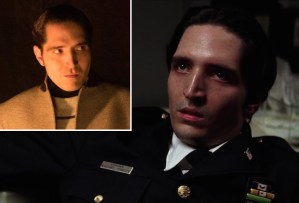 7 | Watching Gotham, did you recognize David Dastmalchian, who played Joker henchman Dwight, from his Dark Knight film role as Joker henchman Thomas? And when did tech whiz Lucius Fox become an M.E.?

8 | Lucifer beds men and women: Did a single person bat an eye at that reveal?

9 | Is it time for NCIS to once and for all turn down the volume on the “Abby’s Edgy, Wacky Lab” soundtrack? (Umpteen seasons in, we “get” it, right, and would rather be able to hear the dialogue?)

10 | Watching Chicago Fire‘s Severide go through with the bone marrow donation without anesthesia (!!!), did you gain a newfound respect for him?

11 | Would This Is Us‘ Rebecca really be able to leave a message on her friend’s answering machine in 1980? Weren’t home answering machines ultra-rare back then? And among the “prequel” episode’s slight continuity hiccups, wouldn’t the mismatched muffin wrapper be the easiest to avoid?

12 | Did we miss NCIS: New Orleans‘ Patton stating outright that his “sweet” racetrack con was lifted straight from The Sting? Or, given that Sebastian was brazenly using Robert Redford’s name (Johnny Hooker) from the iconic film, does The Sting not exist in the NCIS-verse?

13 | Will the Will & Grace revival write off the series-ending flash-forwards as simply a crazy dream a character had?

14 | Could ratings for the People’s Choice Awards have declined over the years to an all-time low because viewers are wise to the fact that it’s maddeningly random which winners get announced and appear on-camera?

15 | Yes, Lethal Weapon plays fast and loose with reality, but shouldn’t Trish have recused herself from a case involving an arrest made by her husband’s partner? 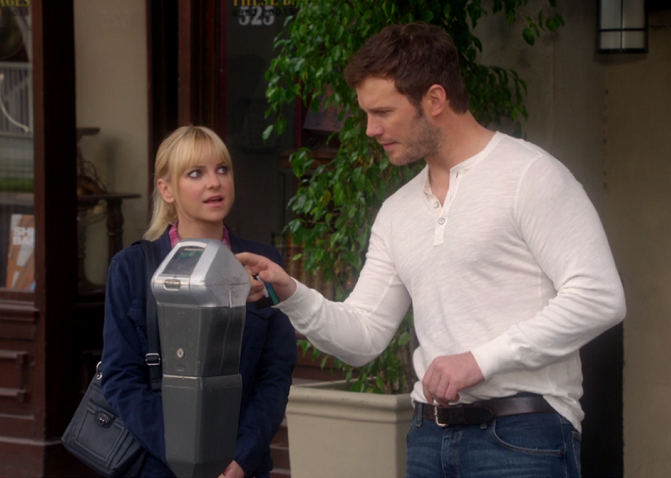 17 | Did Nashville‘s Rayna use up all the lotion in her bottle during that going-to-bed scene?

18 | How big a discussion do we think there was behind-the-scenes of Mom regarding how much of Chris Pratt’s henley should be tucked vs. untucked? Also, did CBS’ promos really need to awkwardly tout Pratt as a “film favorite”?

19 | Good Place spoiler alert! What do you think the real Good Place is like, if there is one? And if the flawed-yet-not-horrible Chidi and Tahani can’t get in there, who can? Saints?

20 | Were the people of Los Angeles as excited about the Rams returning as this week’s Life in Pieces suggested they were?

21 | Now that President Obama is out of office, can Access Hollywood finally retire the old interview with his family that it’s been regurgitating for weeks?

22 | When the commercial for Trulicity comes on, do you for a moment wonder what new ‘ship Arrow has come up with?