Jane the Virgin may soon have a baby the old-fashioned way.

For the titular heroine and her hubby Michael, the subject of expanding their family “is going to start to come up in the next couple of episodes,” executive producer Jennie Urman tells TVLine. “We build to a real turning point in our show around Episode 10, where they make some decisions, and there are some complications.”

The second half of the CW series’ third season, kicking off Monday at 9/8c, “takes some very, very big swings and big steps forward, and it opens up our show in a lot of different ways,” the EP previews. “There’s going to be a lot of new and unexpected romantic and dramatic couplings.”

One of those pairings will involve lovelorn Petra, Urman reveals below. She also spills some scoop on Rafael’s not-a-Solano journey and Catalina’s mysterious scheme.

TVLINE | What kind of emotional fallout is in store for Rafael after discovering that he isn’t a Solano?
It has a big effect on him. Finding out the truth about his parents and the history of himself and of his family really weighs heavily on him and forces him to make several choices that are going to be surprising and really impact everything.

TVLINE | Does it have any ramifications in terms of his family fortune and the hotel?
It definitely has those ramifications, which you find out about in the next episode. The question is: Did his father know or suspect that [Rafael] wasn’t his biological son? And did he put safeguards in place in case that came to light?

TVLINE | Right now, Jane is the only one who knows the truth. What does that do to her relationship with Rafael? Is she there for him through this crisis?
Jane is definitely, definitely there for Rafael, and she is going to take his cue about whether or not it [is made] public. Of course, there are complications to that. It’s not always in their control. But for now, she and Michael know and are supportive of him. 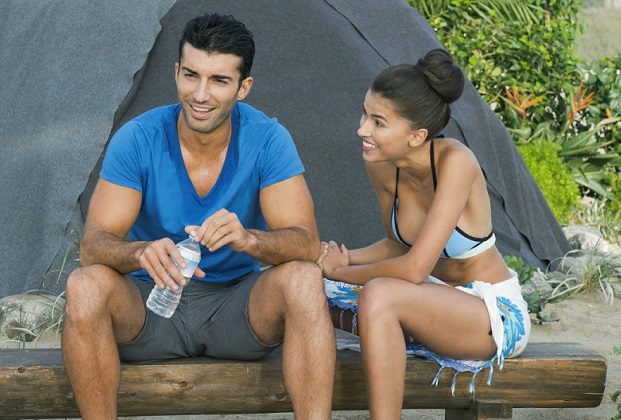 TVLINE | What are Catalina’s intentions with Rafael? Does she generally like him?
Yeah, she likes him. She’s just an opportunist. What she originally was looking for changes. So you’ll see some of that in the next episodes. We left Jane feeling like she had overstepped and had to make it up to Catalina. Very early in the next episode, she will find out who that man was at the door, and she’ll be torn between running to Rafael and telling him right away or trusting what Catalina says about him.

TVLINE | Are there any specific challenges coming up for Jane and Michael?
We left [Episode] 7 with the knowledge that Michael didn’t pass his physical, so he couldn’t go back to being a detective. So, obviously, there’s a little bit about his health in there, but there’s also: What is he going to do now that he can’t be a detective? And how is that going to impact them? Does he want to be on desk duty? Or does he have to start thinking about other careers? And what stresses and pressures does that put on the newlywed couple? We have a lot of twists and turns coming up. 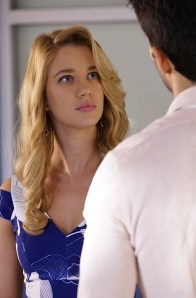 TVLINE | What’s ahead for Petra in the second half of the season?
She’s looking out for herself now. She feels like she tried nice and it got her paralyzed. That said, she’s not the same as she was before she was paralyzed, because that’s a really traumatic and just terrifying thing that happened to her. So while she was trying to be that semi-cold blooded opportunist that she was, it’s harder for her to go back to that exactly, because she has her own demons now that she has to start to contend with.

TVLINE | Is there room for her to have a romance when she’s in that state of mind?
Petra has a terrific love interest in the back half of the season that we’re all very excited about. [Editor’s note: Could it be this confident and smarmy hotel owner?] Different things need to happen to get her there, which they do. I can only talk very cryptically, but we have a big event that leaves everybody in different places, and part of that is played out through her new romance.

Jane the Virgin fans, what are you most looking forward to seeing when the show returns?