Break out the celebratory booze: Comedy Central has renewed Drunk History for a fifth season.

Season 5 of Drunk History will run 14 episodes, and is slated to air later this year. 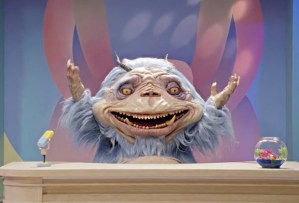 In other Comedy Central news: The network also picked up The Gorburger Show, a puppet talk show executive-produced by Silicon Valley star T.J. Miller. Gorburger, based on a Funny or Die web series and originally developed by HBO, centers on a giant hairy blue alien (voiced by Miller) who hosts a talk show and interviews guests in an effort to learn what it means to be human. The eight-episode run of The Gorburger Show will kick off this spring.

Are you psyched for more Drunk History? Drop a comment below and let us know what history lessons you’d like to see on the show.