For the thousandth time, no, Jack Bauer will not be a part of Fox’s upcoming 24: Legacy event series (premiering Sunday, Feb. 5 after the Super Bowl) — but at least one familiar face will be.

As previously reported, Carlos Bernard will reprise his role as Tony Almeida in the midseason series. An original 24 cast member, Bernard (after a “one day” absence) last co-starred in Season 7, then appeared in the DVD extra 24: Solitary, where it was revealed that the morally compromised former CTU agent had been sentenced to life in solitary confinement. Tony, though, lobbied to be released into genpop so as to secure actionable, life-saving intel about other prisoners and, in doing so, return to being the man his dead wife Michelle knew him to be.

Explaining the decision to make Tony the lone “encore” for 24: Legacy, co-creator Manny Coto said at the Television Critics Association winter press tour, “We love the character and we loved [Bernard] so much we added that scene in the DVD. It felt right that he was the one person who comes back.” (Producers then let slip that Tony will have a “history” with one of Legacy‘s major characters.)

That said, “We’re very carefully making sure that people do not have to see the original series” to appreciate Legacy, said EP Evan Katz. “There may be an Edgar Easter egg here and there” — the late CTU wonk is referenced in the premiere —  “but we were most concerned with making this its own thing.” 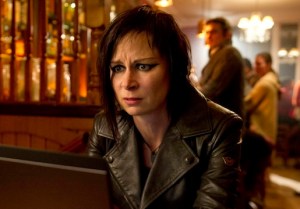 is complete without fans clamoring for an appearance by super-hacker Chloe, played by franchise vet Mary Lynn Rajskub (who returned for 24: Live Another Day). But that is one encore the 24 faithful won’t get.

“Once we decided to bring Tony back, with only 12 episodes, to bring other [veteran] characters back as well throws the balance off,” Katz told TVLine. “We want viewers to build relationships with these [new] people and not think about the past.

“Chloe could come back in a future season,” he allowed. “We love the character.”