Friday’s episode of Girl Meets World may have been filmed months before Disney Channel announced the show’s cancellation, but judging by the tone of the hour-long special, it’s clear the Powers That Be knew the end was near.

Aptly titled “World Meets Girl,” the episode was essentially a visual thank-you to fans, offering a behind-the-scenes look at the series and stars they’ve spent the past three seasons obsessing over.

My personal favorite moment, naturally, was this shot of the actors’ classroom, which has an entire wall full of candid photos taken on the set of Boy Meets World: 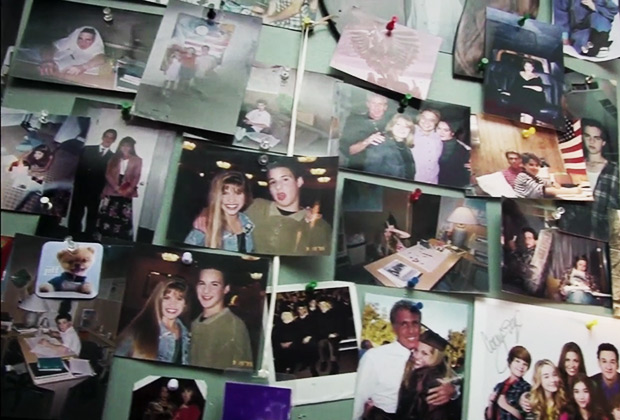 During a conversation with the audience, the stars reflected on some of the show’s most crucial plot points, including the ever-controversial Riley/Maya/Lucas love triangle. (Sabrina Carpenter said she loved the episodes at the ski lodge, not only because it retreaded classic Boy Meets World territory, but also because they “showed what our show is all about, which is friendship.”)

Bloopers, montages and fan tributes filled the remainder of the hour — is it weird that I’m jealous of everyone who got to sit at the bay window? — leading up to dramatic shots of the show’s many empty sets. (And don’t even get me started on Carpenter and Blanchard crying together at the end. Too much!)

To be honest, I’m almost surprised Disney Channel agreed to produce and air this special episode, considering it shows just how much of an impact Girl Meets World has had on countless fans around the world — and, you know, how it maybe shouldn’t have been canceled so soon into its run.

Your thoughts on this week’s special episode? Hopes for the show’s impending finale? Whatever’s on your mind, drop it in a comment below.