NBC has yet to officially announce it’s moving forward with a Will & Grace revival, but Karen Walker’s beloved frenemy may have just let the cat out of the bag. 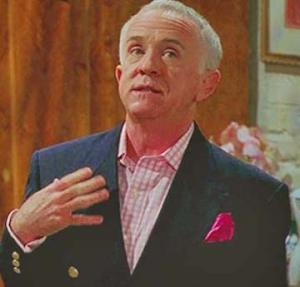 In a recent interview with radio station KPBS, Leslie Jordan — who won an Emmy for his role as Beverly Leslie — came forth and insisted that NBC has already commissioned a 10-episode follow-up to begin shooting next summer.

Back in October, TVLine reported that NBC was in preliminary talks with the sitcom’s six principal players — series creators David Kohan and Max Mutchnick, and stars Eric McCormack, Debra Messing, Megan Mullally and Sean Hayes — about doing a limited-run of original episodes. Buzz about a potential revival came in response to the release of a 10-minute, present-day, election-themed video which found the Emmy-winning quartet reprising their roles in support of Hillary Clinton.

Are you psyched for new W&G episodes? Or have you had enough of the recent TV revival trend?