Revenge alum Nick Wechsler is moving up the ranks with a recurring gig on Chicago P.D., where his gang-unit member Kenny Rixton won’t get the warmest of receptions.

When Voight brings his former protégé Kenny into Intelligence during next Wednesday’s episode (NBC, 10/9c), it doesn’t sit well with some of the squad.

“They want to know the story: Who am I working with? Who am I trusting my life to?” executive producer Matt Olmstead previews.

Voight, however, “isn’t in a big hurry to over-explain himself to the rest of the people who are under him in the unit,” the EP says. “He doesn’t really mind them being a little destabilized, and he’s not falling over himself to say, ‘Hey, guys, accept him.’ He’s still coming from a point of view of, ‘I run the unit. I brought him in. I say he’s going to work out, [then] he’s going to work out. So do your job.'” 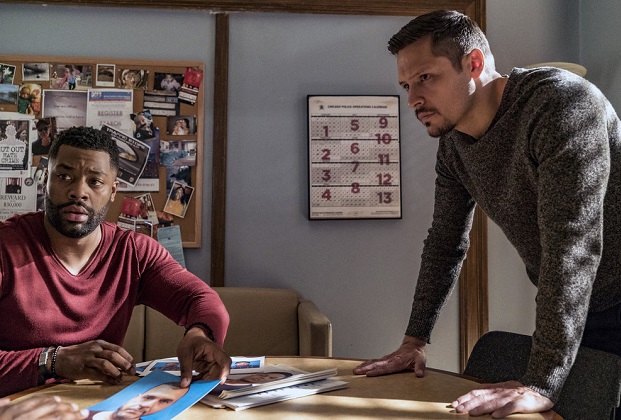 But that non-answer “may not be good enough for some people, like Halstead and Atwater, who want to know more about this guy,” Olmstead continues.

Kenny’s arrival stirs “different reactions from the characters in the unit, in terms of their willingness to look past certain things,” the EP adds.

Having turned his own life around to a degree, Voight “believes in” Kenny’s future potential – and that could lead to heartache for the typically stoic Sergeant.

“We’re going to explore the circumstances of why [Kenny] wants to leave the gang unit,” Olmstead teases. “The question becomes: Can [Kenny] make a transition into legitimate detective work when he came from the murky Wild West of the gang unit? That’s this character’s journey, which isn’t entirely successful, at least at the outset. Do old habits die hard? And does that kind of break Voight’s heart, in terms of wanting this kid to move forward like he, himself, did?”