NBC’s freshman comedy, starring Kristen Bell as a woman mistakenly placed in a heaven-like afterlife, returns Thursday, Jan. 5 at 8:30/7:30c — but it’ll only air four more episodes this season, for a total of 13. Did NBC quietly decide to send Eleanor and company to the Bad Place (i.e., cancellation) early?

Not at all, creator/EP Michael Schur (Parks and Recreation, Brooklyn Nine-Nine) assures us. In fact, the abbreviated 13-episode season was his plan from the start. “When I pitched the show to NBC, I felt pretty strongly it was kind of a big swing, and everything was gonna be really heavily serialized,” he tells TVLine. “It just felt like it made sense to keep that to a shorter season. And they very kindly and reasonably agreed with that.”

Normally, network sitcoms run 22 or more episodes, but Schur didn’t think The Good Place would fit into that mold: “It isn’t a ‘you can do as many of these as you want’ kind of a show. It has to be tightly plotted. And it’s much harder to do that over 22 or 24 episodes, versus 13 or so.” 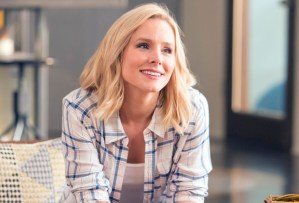 Plus, he says, the show’s cast was agreeable to a shortened season: “Kristen has been doing seasons that long for a while now [on Showtime’s House of Lies]. Ted [Danson] had been doing CSI, which obviously there are way more of. And doing that for a long time gets kind of exhausting. So everybody in every direction wanted the same thing.”

If The Good Place does gets renewed for a second season, “it would be of a similar length,” Schur says. But even if it did get a Season 2, it likely wouldn’t debut before September 2017, meaning a eight-month break between episodes, at least. Surviving a drought like that is gonna require a lot of frozen yogurt.

Calling all Good Place fans: Are you OK with the shortened season? And what do you hope to see in the final four episodes?