If the first half of Supernatural Season 12 didn’t contain enough angelic action for you, then you’ll want to tune in when the CW series returns with fresh installments on Jan. 26 (in its new 8 pm timeslot).

Viewers have long known that Cas “was part of the battalion that was watching Earth,” the EP notes. “He was the guy that harrowed Hell to rescue Dean Winchester. We established that, and now we’re taking a little twist on it and telling a lost story from his past that involves [guest star] Alicia Witt” as Lily Sunder, an old enemy of the angel.

Dabb acknowledges that giving Castiel and some of the other series regulars their due while establishing Lucifer’s new vessel, the Men of Letters’ British players and Mary Winchester’s return proved to be a delicate balancing act.

“I think we did a fairly good job of keeping Crowley alive [and] keeping Castiel alive, but the new characters certainly ate up a little space,” Dabb admits. 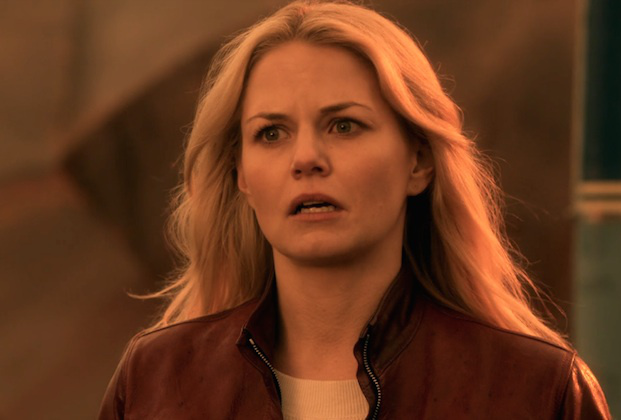 “We had to cram a lot into those [eight episodes],” he continues. Going into the season, “part of our concern was… that certain people, specifically Castiel and Crowley, are going to get a little bit of a short shrift as we establish these new characters and put them on the board.”

But that’s all poised to change in the back half of the season. “We have a lot more room to play,” Dabb says. “Those characters are going to come to the fore a lot more.”