Television vet Alan Thicke, best known for starring as Dr. Jason Seaver on the ABC family sitcom Growing Pains, has died, his publicist confirms for TVLine. He was 69.

TMZ reported that the actor suffered a heart attack Tuesday while playing hockey with his son. He was pronounced dead at Providence St. Joseph’s Medical Center. 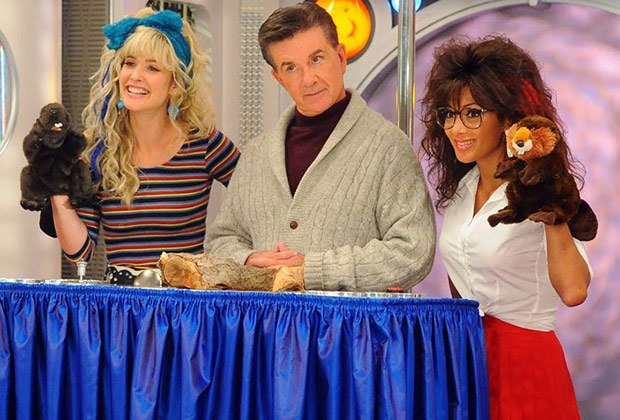 Thicke’s pre-Growing Pains TV credits included episodes of The Love Boat. After Growing Pains (for which he earned a Golden Globe nomination) wrapped its seven-season run in 1992, he went on to costar in the NBC sitcom Hope & Gloria as well as appear in episodes of Married With Children, the Baywatch-spoofing Son of the Beach, The Bold and the Beautiful, The L.A. Complex and How I Met Your Mother (where he appeared as Robin’s “dad”). He would also reprise his role as Jason Seaver in two Growing Pains reunion TV-movies.

More recently, the Canadian-born actor guested on Scream Queens, the This is Us pilot, Grandfathered and Fuller House.

In addition to his work as an actor, Thicke famously composed music for Diff’rent Strokes and The Facts of Life, among other shows. He also hosted the short-lived mid-1980s talk show Thicke of the Night, plus several game shows (including Pictionary).

Thicke is survived by his third wife, Tanya, and sons Robin (the recording artist), Brennan and Carter.

Drop a comment with your reaction to Thicke’s passing below. How will you remember him?