The mysterious organization is actually the brainchild of a singular person in 1780: David Rittenhouse (played by Buffy vet Armin Shimerman), who teaches his son John that peasants, like the hands of a clock, need someone to guide them under the pretense of democracy.

David is no fool, and quickly recognizes that the time-travelers have come to kill him. After giving Lucy a disturbing once-over, he sends her to his bedchambers, while sentencing Wyatt and Flynn to death. Just when it’s starting to look very dire for the two men, Rufus busts in for the save. Flynn kills David, but Lucy intervenes on behalf of John’s life, allowing the boy to escape. “I thought you understood what was at stake,” an angry Flynn declares, dragging Lucy inside his time ship, which goes poof just as Wyatt and Rufus arrive.

Below, executive producers Eric Kripke and Shawn Ryan give TVLine the scoop on Rittenhouse’s agenda, Flynn’s doubts about Lucy, the time trio’s reunion and much more. (Consider it the next-best thing to a time machine for an impatient fan.) 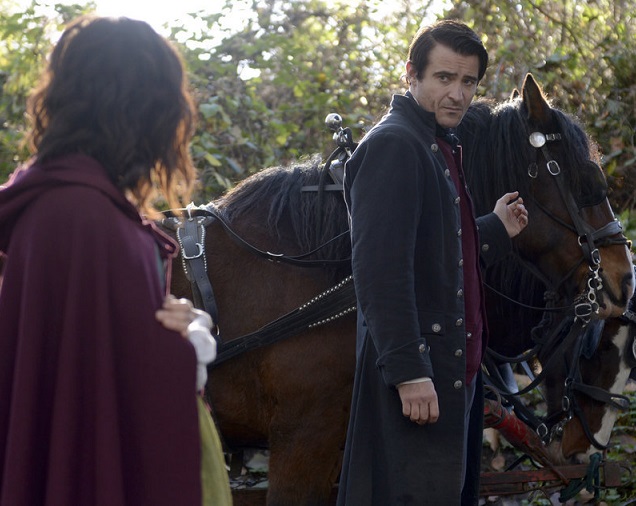 TVLINE | I’m going to pose Lucy’s question back to you: Where is Flynn taking her?
ERIC KRIPKE | [Laughs] Into the next episode. I don’t know if I’m ready to spoil that. I know that Flynn is furious. Flynn really felt that he and Lucy were genuinely meant to be a team. He thought that they were destined to be one. When they reached a climactic moment where they had an opportunity to finally end Rittenhouse once and for all — or at least as far as Flynn thought — Lucy didn’t do it. So now Flynn finds himself doubting everything. He doubts whether this journal is accurate. He begins to doubt whether he’s, ultimately, going to ally with Lucy. And if that all turns out to not be true, then it escalates the stakes of our show and makes it more dangerous, because now Lucy isn’t someone he’s trying to partner with. She’s expendable, collateral damage who gets in his way.

TVLINE | Flynn didn’t just ally with Lucy this week, but also Wyatt and Rufus. Considering how the episode ends, is the truce over between them?
KRIPKE | I’d say that’s accurate. I’d say we’re back to Flynn being a villain. … It’s not like our heroes aren’t aware Rittenhouse is out there, and that Rittenhouse are a bunch of bad motherf—kers. So it becomes an interesting antagonist-protagonist relationship, because they both see that Rittenhouse is dangerous. It’s [their] methodology… that they really differ [on]. Garcia Flynn is so scorched-earth, and our heroes are still trying to exhibit humanity and protect people. It leads to some really interesting conflicts. 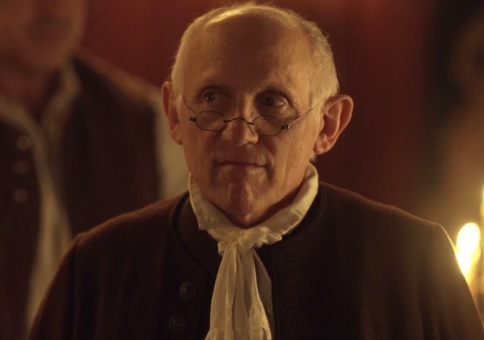 TVLINE | The depiction of David Rittenhouse was so creepy. Is there anything redeeming about Rittenhouse? Are all the members like this?
SHAWN RYAN | You’re seeing the guy who founded [Rittenhouse] during a tougher, more brutal time… and maybe hasn’t been the best, most progressive parent toward his son. But what we’ll find is that Rittenhouse is populated by very different people over the years, in different eras, and I can promise that in one of the final episodes, we’re going to meet a Rittenhouse member who isn’t like that at all. I don’t think you can apply the attributes of the guy who started it way back in 1780 to everyone who has a place in that organization afterwards. It’s also a case of the organization evolving over the years. Lucy’s father Benjamin, I think, would make the case — and may make the case in a future episode — that things are different [now].
KRIPKE | Our take on Rittenhouse is they’ve been quietly and subtly controlling events from the beginning. Every villain is the hero of their own story, and if you were to talk to them, they’d say they’re providing control and support and stability and safety. But that’s not necessarily the same thing as freedom. It’s an organization that certainly feels, like the scariest organizations, that they’re completely self-righteous.

TVLINE | There’s not a greater objective that they’re targeting by pulling all these strings?
KRIPKE | There is. The fall episodes, culminating in [Monday’s finale], were meant to define who Rittenhouse is… The second half of the season, now that we’ve revealed who they are, we’re going to reveal what they want, and why they’re so interested in the R&D of the time machine in the first place, and ultimately, what they plan to use it for, and what the next phase of their plan is.

TVLINE | Does the fact that John survives the episode impact the future and how Rittenhouse progresses going forward?
RYAN | We haven’t dealt with that in any of the near-term, upcoming scripts, but we can assume that his escape portended bigger things as he got older. And Garcia Flynn believes that his survival was a big deal and took away his opportunity to destroy Rittenhouse early. When we come back for our winter premiere, we’ll deal with Flynn’s feelings about all that. 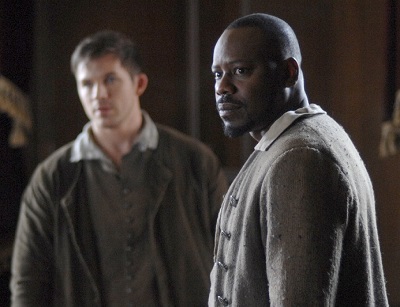 TVLINE | How long will Wyatt and Rufus be without Lucy?
KRIPKE | Not too long. We know which side our bread is buttered on. We will be getting the time team back together sooner rather than later.

TVLINE | Is Flynn trustworthy when he says he knows what happened to Wyatt’s wife?
KRIPKE | [Pauses] Yes. Let’s say yes. There’s some twists and turns along that story, but Flynn is presenting what he knows and believes to be completely accurate-ish.

Timeless fans, what did you think of the episode? Grade it via the poll below, then hit the comments to back up your pick!