At the close of “If You’re Happy and You Know It,” a wounded Gail, convinced no one would ever find her in that godforsaken elevator, loaded her gun with the intent of putting an end to her days-long misery. Meanwhile, Todd realized he could no longer protect Melissa, who wasn’t only a danger to herself, but to all of her fellow survivors. Let’s recap: 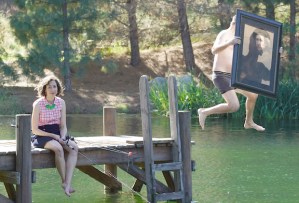 A TALE OF TWO GAILS | In an effort to get Carol’s mind off of Gail, Tandy surprised Carol with a belated honeymoon, recreating the camp site where they first met. While there, the two of them went fishing in a nearby lake, where Tandy used the likes of a mink coat and a Rembrandt painting to make up for the lack of fish, which presumably went extinct due to the virus. Miraculously, however, Carol caught a single fish and named it Gail, in honor of her pseudo-adoptive mom.

Later that night, after a quick rendezvous featuring truly dirty thread count talk, Tandy and Carol exited their camper to find Gail had jumped out of her bucket. Seemingly dead, Carol eulogized the fish, which defied all odds by living longer than nearly every other organism on Earth. Moments later, Gail’s tail began flopping in the water; the fish was still alive after all!

Unfortunately, the other Gail wasn’t so lucky. After a failed attempt to use the Roomba to get a note to the gang, Gail grabbed her gun and began shooting at random. Regrettably, one of the shots ricochetted and wounded her upper leg, leaving her for dead. Certain that she’d never be saved, Gail grabbed a bullet and reloaded her revolver. The episode closed on an exterior shot of the abandoned office complex where she was stranded, and the sound of a gunshot, insinuating that she had taken her own life.

TV Characters Who Had an AWFUL 2016 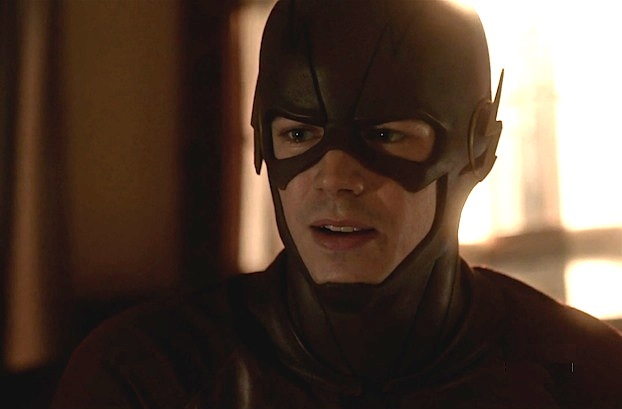 A CLEAR AND VERY PRESENT DANGER | Melissa, still not “right in the noggin,” proved difficult for Todd to look after upon her return. She managed to sneak up to the roof, where she stood on the ledge and joked about jumping. Out of options, Todd took Erica’s advice and relocated his ex to a room that locks from the outside, where she could be monitored via a two-way mirror and kept out of harm’s way.

STICK THE LANDING | After weeks of trying to master the flight simulator, Lewis finally taught himself how to properly land a plane. Seeing if he’s successfully able to fly to Tokyo and track down Mark (assuming that he’s still alive) should make for an interesting arc once Season 3 resumes in 2017.

Did Todd do right by Melissa? Is Gail really dead?! Grade the Last Man fall finale via the poll, then drop a comment below.