“Gallavich” hit the road during Sunday’s Shameless, but did they ride off into the sunset?

While Ian was initially on board with Mickey’s plan to run off to Mexico, he had a change of heart at the border. The two then shared what actor Noel Fisher (Mickey) describes as “a really wonderful and bittersweet, but very beautiful, goodbye — at least for now.” After the heartbreaking scene, Ian watched as his longtime love safely crossed over into Mexico. 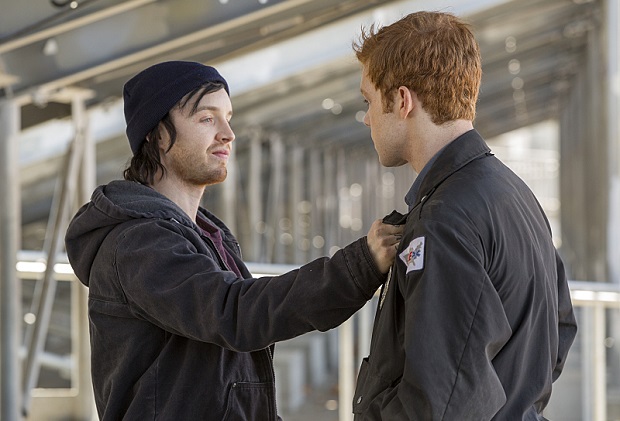 Even though the couple’s ending “definitely has a little bit of sadness to it, there’s also a lot of beauty,” Fisher says. “That’s the thing that rings the most true to me, that love… that both of these characters feel for one another. I’m just happy that in this episode, they get to experience that again. ‘Cause I don’t think either one of them has any regrets or would give that up for the world.”

Below, Fisher talks about Ian and Mickey’s turbulent but loving relationship, and why he’s “hopeful” about his character’s future. Plus: Have we really seen the last of the escaped convict?

TVLINE | What was your first impression when you got these last two scripts?
I think it’s a pretty perfect summation of the Milkovich and Gallagher story arc. It’s hectic, it’s crazy, it’s funny, it’s loving, it’s a little bit sad. There’s all of it. I was pretty stoked when I got to read the scripts.

TVLINE | I watched most of this Sunday’s episode in fear that Mickey would get shot and killed.
[Laughs] He has been shot several times before, so I understand the fear.

TVLINE | There was also such a prevalence of guns in the episode, and the authorities were after him. I was like, “This is going to end in a bloody shootout.”
[Laughs] When I was reading it, as they got closer and closer to the border, I was like, “Uh-oh, how is this going to go down? Is this going to be Butch and Sundance-style here?” [Laughs] I’m happy that didn’t happen. 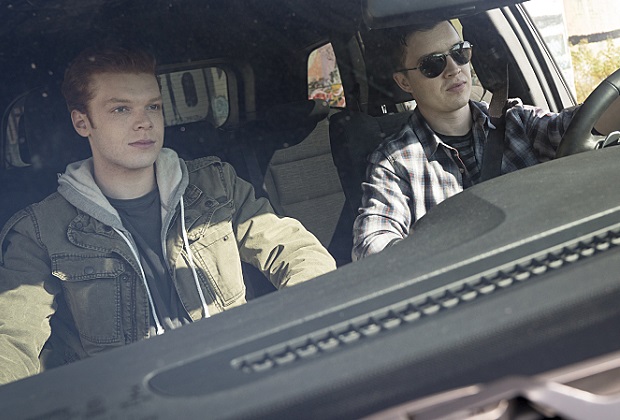 TVLINE | What was your reaction when you found out Mickey makes it safely across the border to Mexico?
Happy… There’s something kind of funny about rooting for someone who has broken out of prison and is on the run, but overall, I was really happy that he made it, and he gets to, hopefully, set up a new life for himself, one that revolves around him being who he actually is this time. I’m quietly hopeful for Mickey.

TVLINE | With him safely in Mexico, do you see that as them leaving the door open for another appearance, or do you feel like this is the end of his story?
I really have no idea what the future holds for Mickey in terms of the show. If he can break out of prison, he can get back into the country, that’s for sure. I think the door is kind of left open. Whether or not that’s something that happens, I really don’t know. But it could.

TVLINE | Clearly, Ian and Mickey really love each other, but in a way, it seems like Ian has outgrown Mickey.
I don’t know if it’s outgrown. Maybe it is. I look it at more as they’ve spent a lot of time co-evolving and helping each other grow and learning from each other and supporting each other through a lot of crazy and, in some cases, kind of horrible stuff. Or hard stuff, at the very least. So I think that Ian, like Mickey, is discovering more and more who he is and what he wants his life to be and his responsibility in being in the driver’s seat for that. In a funny way, just like he helped Mickey discover and come to terms with being in charge of his own life, I think that Mickey has definitely been somebody that has helped Ian in that for himself in a number of ways, especially in the season we were exploring a lot of the bipolar disorder. They both provided a safe haven and a support for one another.

TVLINE | Is there a scenario in which these two can make it work?
I think they definitely can. The love is there. The dedication to one another is obviously there. I think it’s more circumstantial, and [about] whether or not that’s actually best or in everyone’s highest interest. I think that’s a better question.

Shameless fans, what did you think of the episode and “Gallovich’s” goodbye?