Anyone who’s seen Trainwreck or Sisters can tell you that John Cena is a funny guy. Unfortunately, the professional wrestler-turned-actor’s comedic prowess wasn’t given the best showcase on this weekend’s lackluster Saturday Night Live.

The middle-of-the-road affair was ultimately saved by a terrific Trump-centric short, and the appearance of a certain six-time Emmy winner who once again broke bad.

Lo and behold, my picks for best and worst sketches: 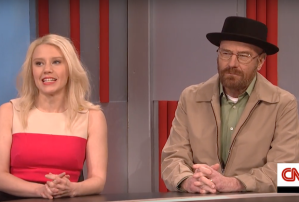 BEST: THE LEAD WITH JAKE TAPPER
This particular Breaking Bad fanatic was jazzed to see Cranston back in Heisenberg’s pork pie hat, declaring that he is the one who knocks. I was especially tickled by the idea that Walter White survived that gunshot wound all those years ago, and has spent much of his time trolling Breitbart‘s comments section. Even funnier was that Donald Trump and Steve Bannon would see the former high school science teacher fit to run the DEA, because of course they would. (Watch and discuss the sketch here.)

BEST: THROUGH DONALD’S EYES
This wasn’t so much funny as it was terrifying. Nonetheless, this brilliant digital short followed Trump for a day as the president elect envisioned himself looking like John Cena and having larger-than-life hands that shrunk whenever his ego was threatened by the so-called biased media.

BEST: DYKE & FATS SAVE CHRISTMAS
In the eyes of their captain, police officers Les Dykawitz and Chubbina Fatzarelli (LOL!) were still just “two damn fine cops… for broads,” even though they alone rescued Santa Claus, and thus, saved Christmas. Fatzarelli’s exaggerated reaction to her boss’ sexism was priceless, as she, a cop of the ’70s, insisted “we’re past that” way of thinking. (Oh, if only that were true even now…)

HONORABLE MENTION: ANGELA MERKEL VISITS WEEKEND UPDATE
Kate McKinnon singlehandedly saved Update with her latest visit as the German chancellor, who revealed to Colin Jost the not-so-clever plan she devised to get exiting president Barack Obama to visit her again. She also detailed how she had been looking forward to a Hillary Clinton presidency, if only so they could’ve one day had a sleepover where they did each other’s makeup, consisting of only chapstick and sunblock. Best of all was her German scream.

WORST: JOANNE & THE TREE
The combination of bad writing, poor performances and shoddy green screen resulted in this embarrassment of a sketch, which featured a bunch of office employees more concerned with losing their Christmas tree than a coworker falling to her death from a New York City skyscraper.

WORST: TALENT COMPETITION
You have to wonder what got cut at dress that allowed for a sketch about an owl with explosive diarrhea to make it to air. I’d write more, but I think my thoughts can best be summed up by the following SNL meme: 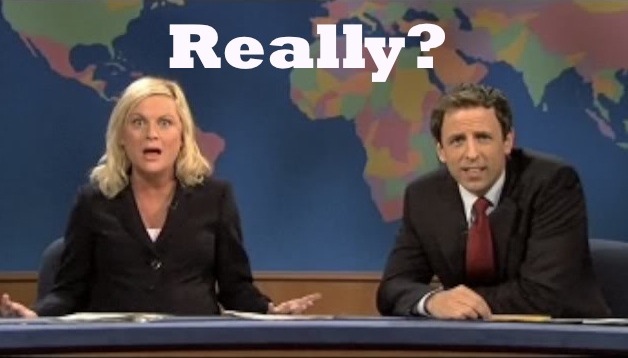 (Consider it a public service that I’m not embedding the sketch above. Click here to watch — if you dare.)