For its 100th episode, Chicago Fire is giving viewers a gift: a surprise ending that doesn’t leave one of Firehouse 51’s finest in danger. But that’s not to say Tuesday’s special installment (NBC, 10/9c), which also doubles as the fall finale, won’t pack a punch.

“It’s not a life-and-death cliffhanger, but it’s the equivalent of one,” executive producer Michael Brandt says. 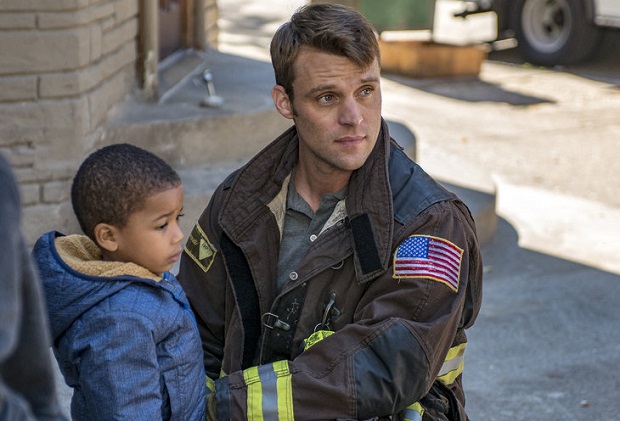 Before the “OMG!” finish, Dawson and Casey get some unexpected but very happy news. “She’s been fast-tracked for permanency placement, and so the question of adopting [Louie] becomes the driving force of the episode,” EP Derek Haas previews.

But with the good comes the bad, because after the paramedic and her firefighter beau “solidify some things,” the couple is hit with “a twist with regards to Louie… that is a major cliffhanger and a major hurdle that they’re going to have to get over,” Brandt teases.

Meanwhile, eternal bachelor Severide is going through “a bit of an identity crisis in terms of what he’s doing with his life,” Haas describes. After 99 episodes as an untethered guy who “sort of floated through women,” while working in “a profession where he drops victims off at the hospital… and then never hears what happens to them,” the rescue squad lieutenant will — get ready to gasp! — have a moment of self-reflection.

“He’s thinking to himself, ‘What am I doing? Why am I doing this? Am I going to turn into my father?’ who’s on his fifth marriage,” Haas previews. 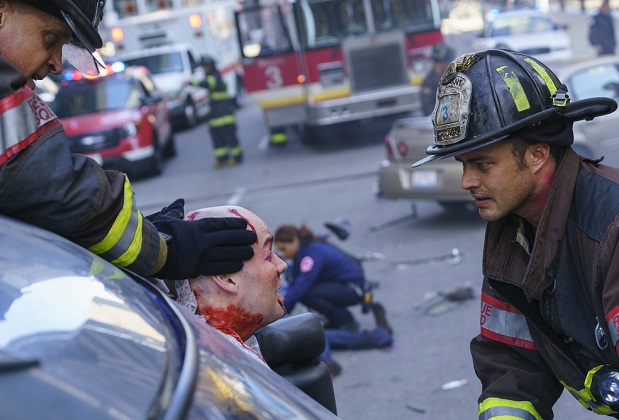 And what would the series’ 100th outing be without a dramatic call? For the milestone rescue, the EPs crafted a complex challenge for longtime director Joe Chappelle.

“We thought, ‘What can we do in the fourth and fifth act that has all three units handling a different part of an accident, with multiple victims,” Haas says, “so that everyone’s working at once, all separately but in sync, and the camera can go back and forth between them?’ … Also, that day we shot on Michigan Avenue, which we try not to do too much because it’s so disruptive to Chicago, but we figured the 100th episode is one where you can pull it off.”

Fans should also keep their ears open for a special message during a speech that Herrmann makes at the 100th anniversary of Molly’s Bar, which is “what Brandt and I wanted to say to our cast, our crew, our staff and our viewers [about what] these 100 episodes have meant to us,” Haas shares.

Fire fans, what are you most looking forward to seeing in the 100th episode?