The Royals have truly outdone themselves this time.

Sunday’s third season premiere pushed the Henstridges to their own personal extremes: Liam’s angst has reached an all-time high, leading him to fisticuffs in an underground fight club; Eleanor remains determined to sabotage her own happiness by keeping Jasper at arm’s length, yet still begging him to fight for her; Queen Helena is (accidentally?) boning her new Lord Chamberlain; and Cyrus is literally murdering people and dumping their bodies into the sea. Those wacky royals!

And then there’s Prince Robert, who’s living out a sexy reboot of Castaway on some far-off shore. His journey back to the palace, no matter how slow, is pretty much inevitable; Jake Maskall (aka King Cyrus) promises a “clash of titans” upon his return — whenever that may be. 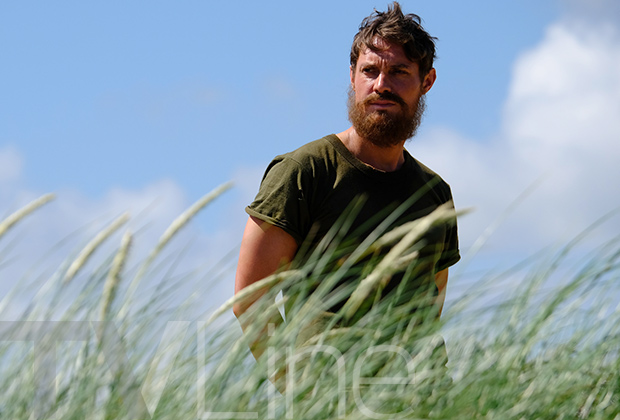 More intel from Maskall: “Much of Season 3, for Cyrus, is going to be about dealing with his spreading cancer,” he tells TVLine. “He worked so hard to get on the throne, and now it could all be taken away from him at any time.”

Maskall claims that Cyrus has no interest in Eleanor and Jasper’s romantic exploits, but the rest of the Henstridge clan should remain on high alert this season; Cyrus will (ahem) “probably” use Helena’s new sexual arrangement against her, and during one of his many face-offs with Liam, he tells the young prince, “You are more like me than you think you are.”

Now, for some cheeky behind-the-scenes secrets:

* Not only did Maskall shave his own hair in that dramatic scene (“It’s always been on my bucket list as an actor”), but it was actually his decision to go with a shave instead of a bald cap. “The cap took four hours to put on, and I thought, ‘I can’t do this every time,'” he says. That said, he looked “quite like Bert from Sesame Street” after his initial shave, so a hairdresser was on hand to clean things up.

* Maskall confirms that he was also playing Cyrus’ body double in the premiere. (Look, I wasn’t sure, OK?) Not only that, but he tells us that Cyrus’ double “gets a little story line of his own this season. … I said to [creator Mark Schwahn] after we finished filming, ‘I hope I get two credits!'”

Your thoughts on Sunday’s premiere? General hopes for Season 3? Grade the episode below, then drop a comment with your full review.