At Arrow‘s very first TCA press tour appearance in summer 2012, it was said that the CW superhero series would end exactly as it began, with the image of Oliver spying the fishing boat that would rescue him from Lian Yu, at the close of his torturous five-year odyssey away from Starling City.

Back then, explaining the superhero series’ flashback structure for the first time, producer Andrew Kreisberg said, “Ideally by the last episode of the series, the very last flashback will be Oliver seeing the boat that rescued him in the pilot.” 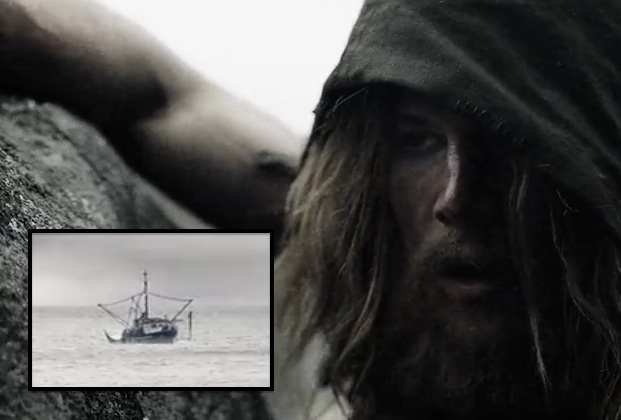 however, will not be the case.

“Spoiler alert. That’s going to end up being the Season 5 finale,” Arrow showrunner Marc Guggenheim tells TVLine, turning one of our predictions for this TV season into a reality.

“It was really just a hope at that point [in 2012] that the show would run five years,” Guggenheim says of the aforementioned original plan, “and we always thought that we would intercut the final moment of the series with the first moment of the series, that it would form one big Moebius strip.

“There’s still a part of me that wishes we could do that,” the showrunner continues. “But I wouldn’t want to artificially extend the flashbacks [beyond five seasons], and I also wouldn’t want to artificially cut the show short. It would’ve been a beautifully elegant thing, and Five Years Ago Me would’ve loved it. But things change, and I do think it’ll make the Season 5 finale pretty awesome.”

Arrow Boss Looks Back on 100 Episodes

Which is not to say that, come May, the season will end quietly and poetically with bedraggled Oliver peering over that craggy ridge, setting eyes on salvation.

“Look, we have some incredibly clear plans for what we want to do in the Season 5 finale,” Guggenheim shares. “At the same time, we always leave ourselves room to be like, ‘…and throw this cliffhanger in, throw that twist in.’ Usually the craziest ideas on this show tend to be the ones that the ideas sort of linger, and we never really quite set on them. Like, ‘Oh, maybe we’ll kill off Tommy?’ We don’t fully commit until we’re pretty much breaking the episode.”