The series explores the tensions between African-American citizens and Caucasian cops in Jersey City after a teenage African-American boy is critically injured by an officer. King will play the victim’s mother, a devout churchgoer who is shaken to her core by the incident.

King is also slated to return to American Crime for Season 3.

* Buffy alum Charisma Carpenter will guest-star during Season 2 of Criminal Minds: Beyond Borders as a yoga-obsessed divorcee whose traveling partner is suspected to have been killed by the Yeti while trekking in the Himalayas, TVLine has learned. The actress — who shared a photo from set on Instagram — appears in Episode 12.

Gotta say, A very lovely day at work today with @garysiniseofficial On @criminalmindsbb_cbs He is a talented actor but more importantly, a man with a heart for service. Please check out @garysinisefoundation – Helping veterans on a spectrum of issues. 🔷Funny how the universe keeps bringing me back to our Veterans. -Even while on set. ( There are no coincidences. #Synchronicity )

* BBC America has released new art for the Doctor Who Christmas special, The Return of Doctor Mysterio, airing Sunday, Dec. 25 at 9/8c. 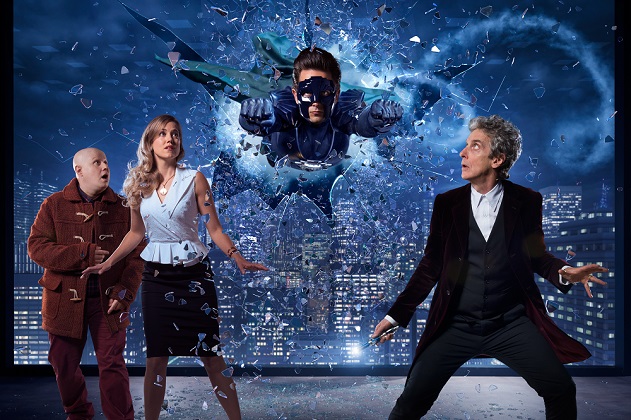