This week in the Lucifer fall finale, Charlotte (begrudgingly) sought out a non-lethal way of using her son’s partner in crimesolving to advance her agenda, only to come to a startling realization about Detective Decker — one that changes everything.

Picking up right where last week left of, Charlotte was poised to make Chloe go boom, only to get interrupted by 1) Chloe’s interaction with a valet and then 2) Amenadiel, who argued that killing Detective Decker will only send Lucifer deep-diving into a relentless murder investigation. 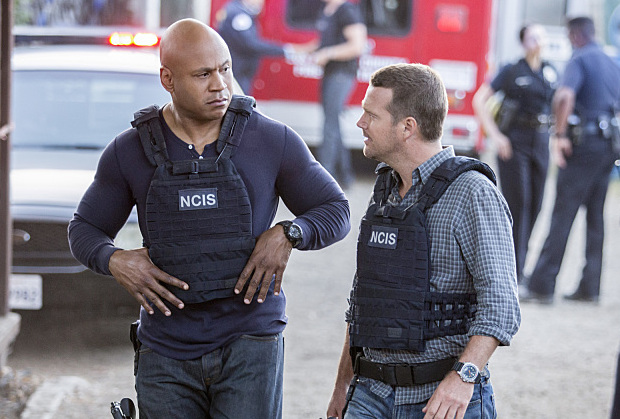 Instead, Charlotte weaseled her way into the sorest spot in Chloe’s life, by defending prison warden Smith against charges that he years ago killed John Decker, and has silenced others since to keep that secret. This court case sets up a hugely entertaining montage in which Lucifer re-enacts the events leading up to Smith’s arrest. Alas, the prosecution is short on evidence to support their case, especially since their key witness, Boris from the steam room, has turned up… well, as just a head. Also, thanks to Dan being careless with his phone when hooking up with Charlotte, Chloe’s presence at Joe Fields’ murder scene comes into question, sullying their case. Seeing an opportunity, Charlotte offers Chloe a deal — Smith strung up on lesser charges, if the detective takes the stand to call publicly Lucifer a liar, thus delivering a blow to the quality he holds most dear.

Lucifer, Dan and Maze, meanwhile, are hunting down the gang member responsible for decapitating Boris, teeing up a sequence in which Maze rides Dan hard about his deeper connection to Charlotte, and then the “gorgeous” fight sequence that Lesley-Ann Brandt told us about a few weeks back, in which Maze bests the Chinese gang lord’s burliest bruiser. Alas, that all leads to a dead end, when the hatchet man who beheaded Boris himself is himself found dead.

Yet even with that setback, when Chloe takes the stand she does not stick to the script Charlotte pensioned, but instead attests to Lucifer Morningstar’s incapacity to lie — even though it means the warden gets set free. Dan and Maze, however, see to it that another form of justice is served, by offering Smith 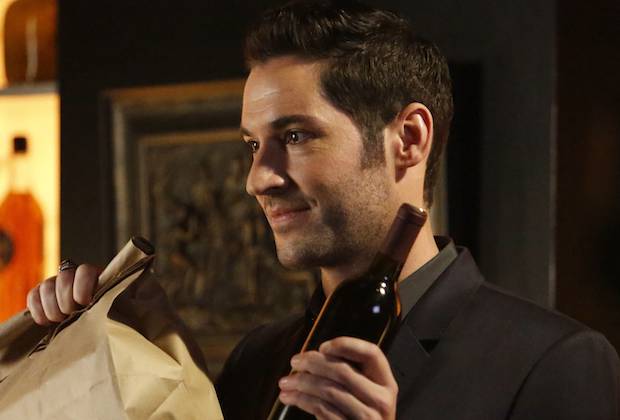 up to Russian goons who don’t care much for third parties taking out their kind.

All is not lost for Charlotte, however. Far from it. For as Lucifer delivers on the dinner he skipped out on — cozying up to Chloe over wine and French fries at his place, the two of them even leaning in for a kiss — Amenadiel presents a fun fact to his mother: “Thirty-five years ago, Father asked me to come down here to bless a couple that was unable to have a child” — the first and last time He would ever make such a request. Having just bumped into Penelope, Amenadiel now realizes that said “miracle” baby grew up to be… Chloe. Meaning, God purposely put her in Lucifer’s path, using His other son as a pawn. (And that seemingly also explains why Lucifer’s powers are muted in the detective’s presence.)

As a result, Charlotte gushes, Chloe herself represents not an “obstacle” but “the key” to them getting “it all back,” to get everything they want. But how, exactly?

What did you think of the episode “Quid Pro Ho”?